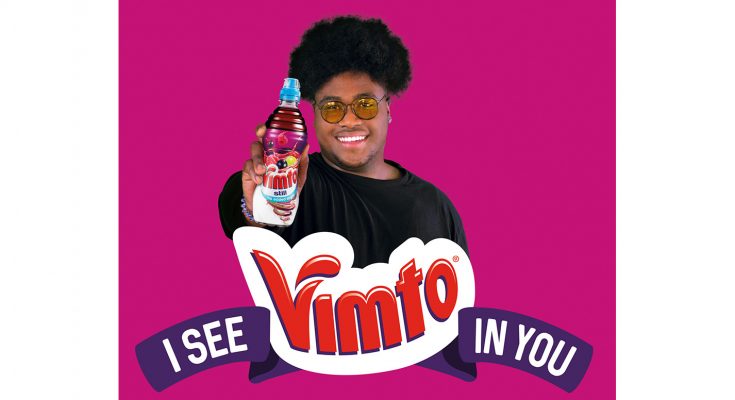 Soft drinks company Nichols plc. has launched a new ‘anti-advertising campaign’ for its Vimto brand, with a budget of £3m covering TV, social media (including a Snapchat lens) and digital, a partnership with student-focused viral content site Unilad, experiential sampling and what it says is an industry-first: personalised Video on Demand (VOD) and cinema.

The new ‘I See Vimto in You’ campaign, which launches during Love Island on June 4th, 2018 and runs throughout the summer, repositions the popular soft drinks brand with its target audience of 15-19 year olds. Nichols says the ad is engaging, disruptive and taps into the teen desire to be themselves in a world of constraints.

Its anti-advertising approach even goes as far as to suggest viewers should close their eyes rather than watch the advert. The new campaign also marks the end of brand representative, the Vimtoad, an animated character created by Aardman and introduced in 2014 to represent the product’s disruptive and anarchic element.

Emma Hunt, Head of Marketing at Nichols, says: “The approach is refreshingly different, just like Vimto. We want the ‘I See Vimto in You’ campaign to be a celebration of individuality and a catalyst for fun, encouraging teens to be themselves and take enjoyment from the everyday – like they do when they drink Vimto.”

Nichols says the campaign shouldhelp Vimto significantly increase its current sales value of £78m, claiming that the brand is in one in five households in the UK and continues to outperform the category, growing at +6.0% YOY.

Hunt adds: “The Vimtoad, who has starred in our campaigns over the past four years, has successfully helped us to deliver the message that Vimto is a multi-fruit soft drink. Under his watch, we’ve seen Vimto rise to its highest levels of brand awareness, but now it’s time to appeal to our core target audience in an innovative and contemporary way.”

The ‘I see Vimto in You’ national multi-media campaign will reach over three million teens across the country. This includes the Vimto brand’s return to TV, with the Love Island launch spot on June 4th. It will also break new ground with its unique personalised advertising across cinema and VOD, as well as experiential sampling, social influencer programme, the Snapchat lens and the partnership with Unilad.