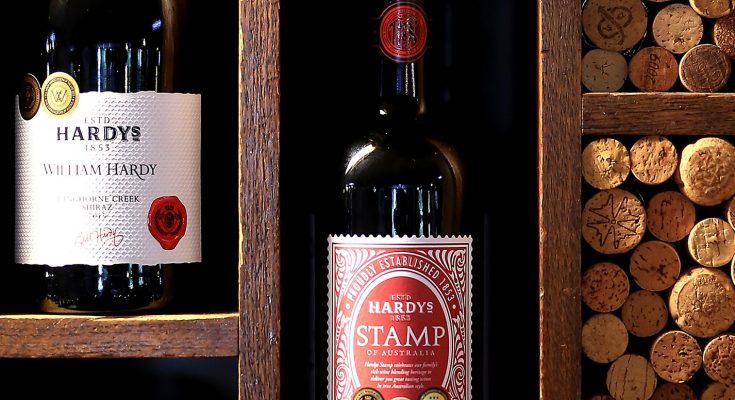 Accolade launches ‘The Rules According to Hardys’ cricket-themed campaign

May 29, 2018, 16:19 pmComments Off on Accolade launches ‘The Rules According to Hardys’ cricket-themed campaign

Accolade Wines, the UK’s leading wine company, has announced a £1m investment in a new campaign for Hardys, its No 1 wine brand and the official wine of England Cricket. The campaign will include TV sponsorship, a partnership with Sky, print advertising and prize promotions offering the chance to win cricket tickets and cricket merchandise.

The Rules According to Hardys puts the UK’s most trusted wine brand at the heart of family life with a warm and engaging theme about the different rules and quirks around families and the game of cricket.

The Hardys campaign will feature heavily during the cricket season including TV sponsorship of Channel 5 Cricket Highlights, which reaches 10.4m adults, a partnership with SkySports.com and cricket print media advertising. There will be a strong brand presence in England cricket grounds across the UK with perimeter boards, promotional activity and branded bars.

Hardys will be promoted in both the on- and off-trade including gondola ends, summer seasonal aisles and competitions to win cricket tickets and related branded products to drive awareness and purchase at point of purchase.

David White, Marketing Director for Accolade Wines, says: “We have consistently invested in Hardys sponsorship of the England cricket team over the last few years and now established our credentials as a long term supporter of English cricket. We are confident that this new campaign, The Rules According to Hardys, will connect with our consumers by raising a smile at the quirky ways British families interpret the rules and enjoy time together, especially when playing cricket.”

The campaign will extend to Hardys social channels through a partnership with the England and Wales Cricket Board to create a series of posts revealing the quirky personal family rules of those that grew up around the game.

The Hardys brand, with retail sales worth in excess of £275m a year, will also front a search to celebrate the unsung heroes of local grassroots crickets, and will be revealing its support for some unusual cricket traditions during the season.

Accolade Wines, which owns the Hardys brand, is a major global wine business based in Australia. It began as Thomas Hardy and Sons, founded in 1853, and now has operations in North America, the United Kingdom, Ireland, mainland Europe, South Africa, Australia, New Zealand and Asia. At the beginning of April 2018, US private equity firm The Carlyle Group bought Accolade for Aus $1bn. The sellers were Australian private equity firm Champ, which owned 80% of the business, and US alcohol group Constellation, which owned the remaining 20%.

Accolade’s Echo Falls brand recently signed up as the drinks partner of what is likely to be the summer’s hottest TV show, Love Island 2018, on ITV2, and will be offering the chance to win tickets to the live Love Island final.