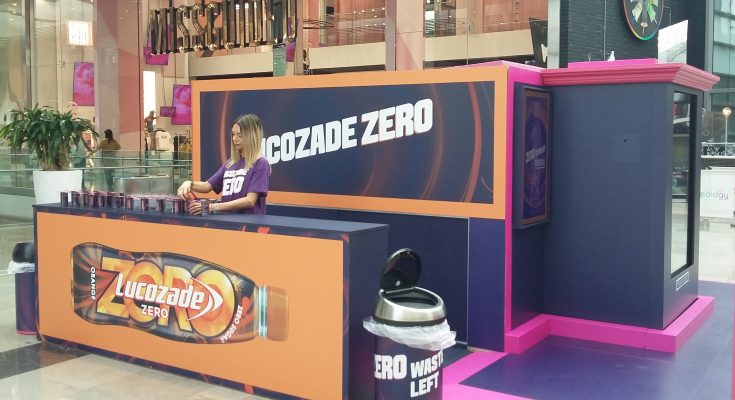 Lucozade Zero has been rerunning its highly successful ‘Zero to Pay’ partnership with Missguided.co.uk, which first appeared in spring this year.

The latest version of the campaign kicked off at the start of August and will run through until September 30th 2017. There will be a major in-store event at Missguided’s flagship store in Westfield, Stratford taking place on Friday September 15th, with appearances by two Love Island stars who will surprise and delight shoppers with Zero To Pay prizes as well as playing an exclusive DJ set.

Shoppers will also be able to enjoy Zero To Pay treats from Shine Shack Make Up and Hair Braiding, plus a 30% discount on all items in-store all day. A smaller scale event will take place at the Missguided store in Bluewater on Saturday September 9th.

Integrated agency The Big Kick is lead agency for the promotional campaign, while experience agency TRO is delivering the experiential element.

In key cities, a ‘Win a Zero to Pay Look’ activation will offer shoppers a £50 voucher every hour. My Hermes, who are Missguided’s official click and collect partner, has also been supporting the activity by handing out thousands of cans to consumers in their stores.

All sample cans are printed with a unique code which can be redeemed online for the opportunity to win an array of great Missguided prizes, as well as a guaranteed 30% off gift to be spend on the Missguided website. The overall campaign will feature a national outdoor campaign, social media activation and PR activity.

Andrew Ryan, Head of Brand at The Big Kick, says: “With a fantastic prize pool of over 178,000 guaranteed prizes plus a guaranteed reward for simply entering, Lucozade Zero and Missguided are able to reach and engage with a salient 18 to 24-year-old audience.”

The previous Lucozade Zero/Missguided campaign went live mid-March 2017 from and ran until May 31st, including an instore event at Missguided’s flagship store in Westfield, Stratford which took place on Thursday March 30th with resident Missguided DJ, Snoochie Shy, on the decks.

Shoppers were able to enjoy rewards from the likes of Mark Hill Blow Dry Bar, styling tips from The Confetti Crowd and Shine Shack Make Up who were instore providing free treatments to help get customers ready for the weekend.  There were also chances to win ‘Zero To Pay’ on shoppers’ most expensive basket item throughout the afternoon.