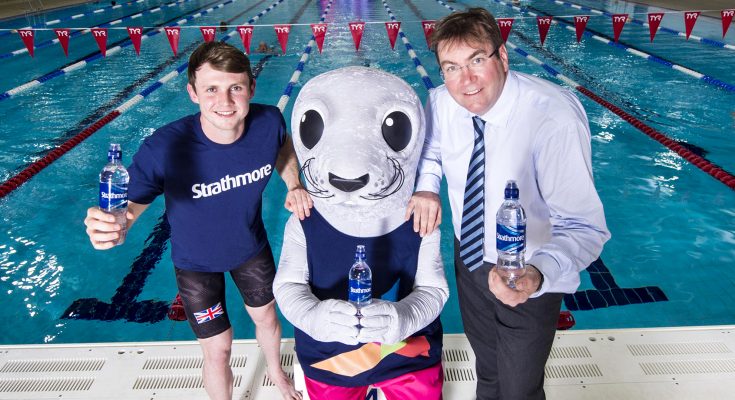 Strathmore water to make a splash at Glasgow 2018 European Championships

Strathmore, the A.G.Barr-owned Scottish water brand, will be supporting this August’s Glasgow 2018 European Championships, the new multi-sport event which brings together the existing European Championships of some of the continent’s major sports including Aquatics, Cycling, Gymnastics, Rowing and Triathlon, as well as a new Team Golf Championships.

Strathmore, which has been named as Official Partner of the championships, will be supplying its water to hydrate around 3,000 athletes expected to compete in venues across Scotland between 2nd and 12th August, as well as officials, staff, volunteers and medical teams on the ground.

Strathmore, Glasgow 2018 and Glasgow City Council are working together to ensure the Games are as environmentally-friendly as possible. There will be over 500 recycling bins distributed across venues to encourage the recycling of all Strathmore water bottles consumed at the Championships along with other recyclable waste.

Jonathan Kemp, Commercial Director at A.G.Barr, says: “We’re incredibly proud of the work that Strathmore does to encourage more people to take part in sport as part of its Do More campaign, so to be the Official Water of Glasgow 2018 European Championships, a multi-sport event which will engage and inspire so many people, highlights our ongoing investment and commitment to all levels of sport.”

The Strathmore water brand is owned by AG Barr. It is currently the official water supplier of British Athletics and IAAF World Indoor Championships Birmingham 2018. The brand is also a water partner with Scottish Swimming, Scottish Athletics, and Scottish Rugby, and supports many other mass participation events including Edinburgh Marathon, and the UCI Mountain Bike World Cup.