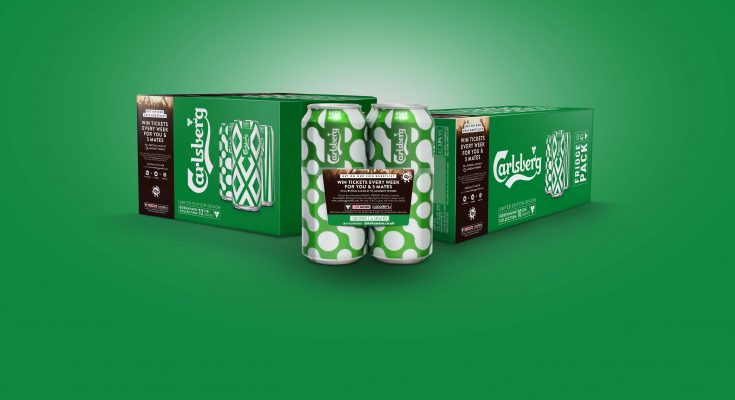 Carlsberg UK will be giving away a prize bundle including Live Nation and O2 Academy tickets to one lucky winner each week for 12 weeks, as part of its partnership with music event organisers Live Nation and to celebrate the Danish beer brand’s up-weighted focus on live music for 2018.

The promotion launches as Carlsberg announces plans to bring back its highly-successful ‘The Danish Way’ campaign, fronted by Danish film star Mads Mikkelsen, in May 2018. Last year, the brand spent an estimated £15m on ‘The Danish Way’, which marked its move away from an 20+ year sponsorship of the England football team and a new, more up-market positioning targeting Millennial drinkers.

Carlsberg will be running on-pack promotions across six million packs of Carlsberg and Carlsberg Expørt on sale in 21,000 off-trade stores – including grocers, impulse, convenience and wholesalers – across the UK from April to June 2018.

The prize packages will each include six tickets to a Live Nation festival and six tickets to three O2 Academy gigs throughout the year, with artists scheduled to play the venues this year including Kylie Minogue and Justin Timberlake.

To enter, consumers need to use the Shazam app to scan the ‘Shazamable’ limited edition promotional packs of Carlsberg and Carlsberg Expørt. They will then be directed to the competition page, where winners will be instantly notified and will be able to redeem their prize.

Carlsberg UK will be supporting the activity in-store with increased presence such as gondola ends and free-standing display units bolstered by online activations including website banners and targeted advertisements.

Carlsberg UK announced an extended five year sponsorship deal with Live Nation in April 2017. Live Nation is the world’s leading live entertainment company, behind some of the largest festivals in the UK.

That agreement gave Carlsberg UK unprecedented partner, sponsorship and official supplier rights for Live Nation’s festivals, venues and Academy Music Group venues throughout the UK. In addition, Carlsberg became the Official Beer and Somersby Cider the Official Cider of Live Nation. Carlsberg announced at the time the deal was signed that it wanted to connect with and engage Millennial drinkers.