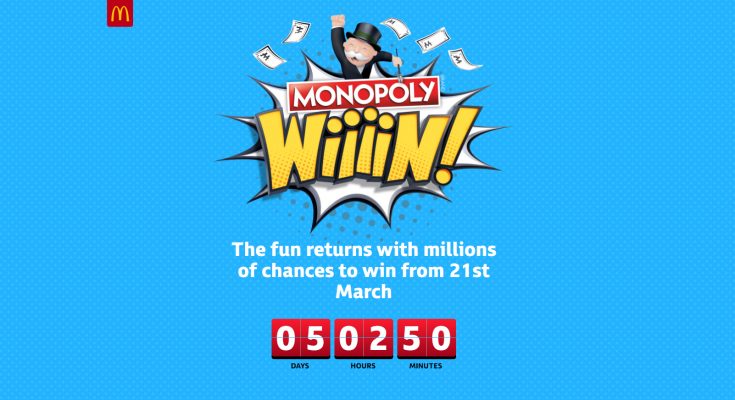 This is the 13th consecutive year that McDonald’s has teamed up with Monopoly’s owner, global toy and game company Hasbro, for a promotion themed around the classic board game. The annual McDonald’s Monopoly campaign is one of the biggest promotions in the world, if not the biggest, in terms of prizes.

The promotion is open to consumers aged 16 or over who are UK, Isle of Man or Channel Islands’ residents. There is a No Purchase Necessary route for Northern Irish consumers.

There are four ways consumers can win prizes by collecting the game stickers which come with McDonald’s menu items:

The promotion was created by The Marketing Store, which has been working on the McDonald’s Monopoly promotions for many years, with advertising created by Leo Burnett London.