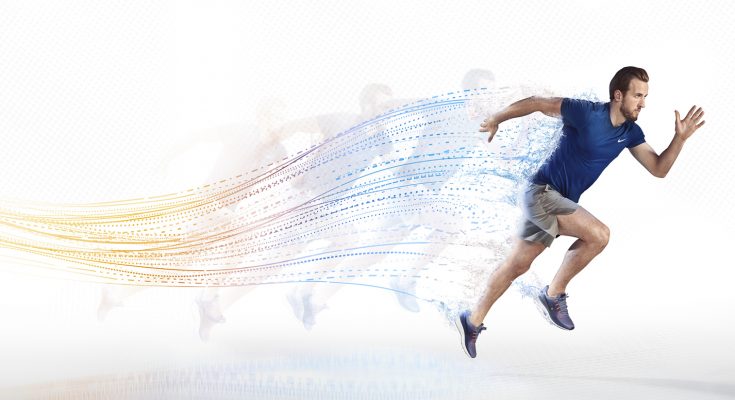 Lucozade Sport, the UK’s best-selling sports drink, has unveiled limited-edition packs featuring a new version of its ‘Move More, Win More’ on-pack competition, first run a year ago, offering consumers the chance to win one of 20,000 prizes, ranging from Fitbits to holidays for two.

The on-pack activity will be supported by a £5m Through-the-Line ‘Made to Move’ campaign to inspire consumers to be more active over the summer. Fronted by Lucozade Sport brand ambassadors, boxer Anthony Joshua and footballer Harry Kane (pictured), a combination of TV, proximity, digital and social activity will show the nation that no-one ever moved forwards standing still. The campaign will culminate at point of purchase with bespoke ‘Made to Move’ POS, developed to maximise the opportunity in-store and encourage purchase of the special packs.

To enter the competition, consumers have have an iPhone with Apple Health Kit installed, a smartphone with Google Fit installed; or a smartphone and a FitBit device. They then need to download the Lucozade ‘Made to Move‘ app and sign up for an account. They can then log eligible exercise activities (either walking, running, cycling or swimming), which translate into ‘Exercise Contributions’. Every day they complete an Exercise Contribution entitles them to be entered into that day’s prize draw. If consumers achieve three Exercise Contributions on separate days during a week, then they can enter the weekly draw.

Every week, one entrant will win a bigger prize, which may be a Fitbit Ionic, a trip for two to the British Grand Prix, a trip to Paris to watch the finish of the Tour De France, holidays for two in San Francisco, New York, Florence or Dubai, or fitness weekends in the Peak District.

Lucy Grogut, Lucozade Sport Brand Director at Lucozade Ribena Suntory (LRS), says, “With the biggest event in the football calendar just around the corner, our new limited-edition packs will allow retailers to capitalise on the increased interest in sports drinks this summer. We know Lucozade Sport sales spike by up to 12% during sporting tournaments, so this presents a huge opportunity for our customers. We’ve got 20,000 prizes up for grabs – that’s 100 per day – so we know shoppers are going to be incentivised to pick up even more Lucozade Sport this summer season.”

The on-pack competition will run on all major pack variants from April 23rd until October, with the latest phase of Lucozade Sport’s ‘Made to Move’ ATL campaign kicking off on June 4th. Consumers can enter via the app for the chance to win prizes including Fitbits and holidays for two.

Lucozade ran a similar promotion under the same name a year ago.