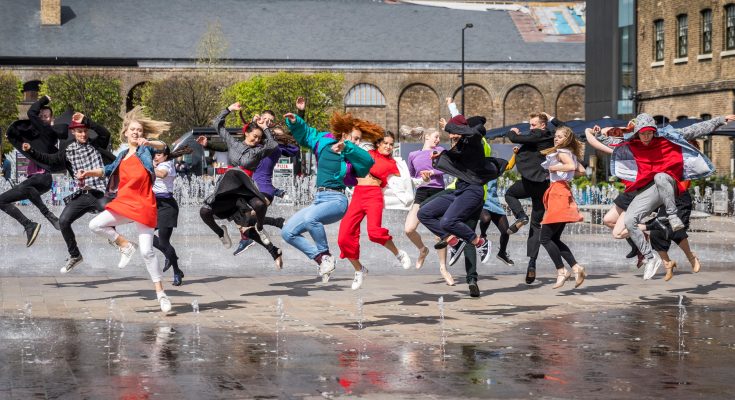 Apr 26, 2018, 16:04 pmComments Off on innocent Super Smoothies show drinkers how to live on the bright side

Drinks brand innocent is using experiential marketing to show consumers how to live on the bright side, by bringing the brand’s latest Super Smoothie ad to life in London and Manchester with a live dance performance.

A new interruptive activation in London’s Kings Cross and Manchester’s Piccadilly Gardens will feature dancers recreating the brand’s most recent Above-The-Line campaign, including a TV ad which shows a woman dancing her way through a fountain. The activity is being backed with sampling.

The activation and the sampling campaign have been created by experiential marketing agency Sense.

“We want to show people the boost of energy our Super Smoothies give you,” says innocent Super Smoothie Brand Manager Heidi McDonald; “but it was important to us to do that with something tangible that lives in the real world, and not just a TV ad.”

Commenting on the activation, Joanna Wharton, Senior Account Manager at Sense, adds: “By hosting something so playful and colourful in two beautiful locations, and handing out free super smoothies while we’re there, we hope to bring a bit of upbeat innocent charm to thousands of people.”

The activity will be live at intervals throughout the day today (Thursday 26th April) and tomorrow (Friday 27th April) in Granary Square, Kings Cross, London and Piccadilly Gardens, Manchester.

innocent is a regular user of experiential marketing – in February 2018, it ran a sampling campaign to support the launch of its Super Juice ‘nutritionally dense’ product across London, while in September 2017, an experiential roadshow and sampling campaign, again in London, backed its innocent Bubbles range, with a branded vehicle, the innocent Bubbles Canteen, touring the capital for 18 days.

The innocent brand is owned by Coca-Cola.