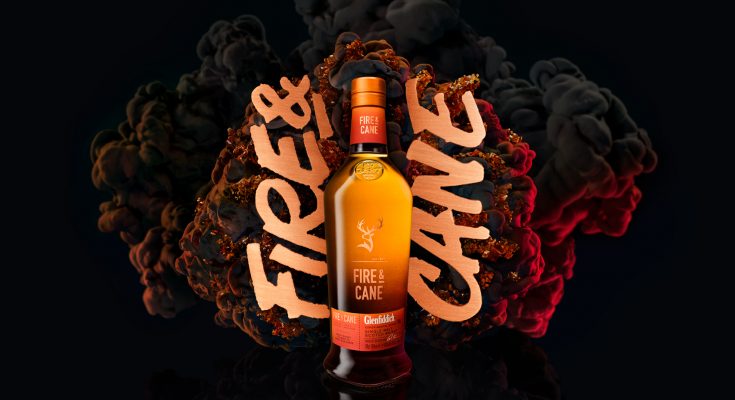 Glenfiddich is launching a new campaign to promote Fire & Cane, the fourth and latest release in the Glenfiddich “Experimental Series”. The campaign broke on July 23rd 2018 in the USA, with sampling and experiential activations at the Taste of the Cocktails event in New Orleans, and will roll out in other lead markets later in the year – including France in September, the UK in October and Taiwan in 2019

The campaign is part of the William Grant & Sons-owned brand’s continued drive to recruit new drinkers into the whisky category.

The campaign was put together for Glenfiddich by London-based creative agency Space, which has been awarded the lead strategic and creative responsibilities for launching the next edition in the Experimental Series. The campaign brings to life the brand’s maverick spirit and focuses on the power of a simple question and how it can lead consumers on a journey to challenge conventions.

The newest expression in the Experimental Series is an unexpected peated whisky finished in Latin rum casks.

The campaign will be predominantly social, and kicks off with a 5-second teaser video. It will also feature short-form AV assets, Out of Home, print, interactive social assets such as Facebook canvases and Instagram polls, as well as experiential and sampling, all created by Space.

Campaign visuals centre on the liquid’s unique flavour profile. The hero 20” social video features animated CGI sugar crystals and innovative liquid photography showcasing the smokiness and sweetness of Fire & Cane. It runs in reverse order, opening with the product beauty shot (the outcome of the experiment), and closing with the moment of inspiration (the genesis of the experiment).  The core message is that when you question convention, as Glenfiddich has with Fire and Cane, you can spark the unexpected.

Oliver Rudgard, Global Brand Director at Glenfiddich, says: “Fire & Cane is #4 in the Glenfiddich Experimental Series.  The Experimental Series demonstrates our continued commitment to create new, innovative and inspiring whiskies.  Working with the great team at Space, we have pushed the creative boundaries further to create a set of new codes in the single malt category which are set to create cut through, attention and desire for the Fire & Cane launch across the globe.”

Jason Nicholas, Managing Partner at Space, adds: “The Experimental Series offers the chance to continually work on something that challenges a category. The creative idea in this campaign has led to the creation of a beautifully crafted and visceral campaign that will get under the skin of new drinkers and whisky advocates alike. Working with Glenfiddich on this their key campaign for 2018 has been a great opportunity and led to a campaign we’re really proud of.”

Glenfiddich most recently collaborated with Space to launch its first whisky finished in India Pale Ale (IPA) casks. This was backed by a global TV campaign, also created by Space.