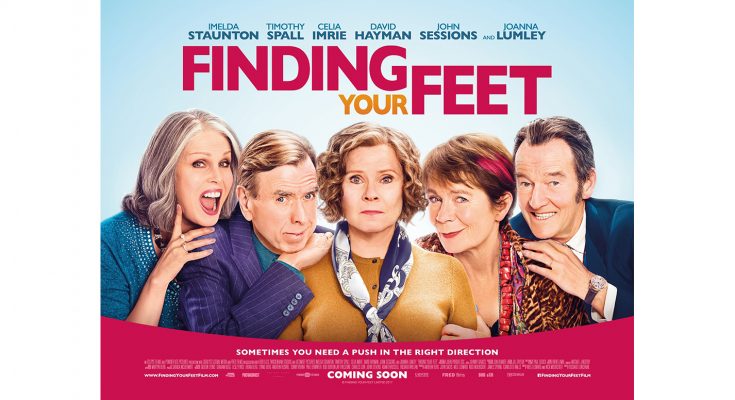 Applewood Smoked Cheddar is running an on-pack promotion in partnership with new British romantic comedy film, Finding Your Feet, offering a prize of flights for two to Rome, two nights’ accommodation plus sightseeing and a meal at a top restaurant.

Finding Your Feet stars Imelda Staunton as ‘Lady’ Sandra Abbott, a middle class, judgmental snob on the verge of retirement who discovers that her husband of 40 years is having an affair with her best friend. Devastated, she moves in with her estranged bohemian older sister, Bif, played by Celia Imrie, who lives on an impoverished inner-city council estate. Bif forces her to re-engage with life, taking her to a community dance class to meet her friends, played by Timothy Spall, Joanna Lumley, and David Hayman. Staunton and Spall take a trip to Rome in the film. The film opens in the UK on February 23rd, 2018.

The Applewood Smoked Cheddar promotion started at the beginning of February and runs until the end of March 2018. There will be a draw on April 1st. Entrants must be UK residents aged 18 or over, excluding anyone who works for brand owner Norseland or professionally connected to the running of the promotion.

Entry is via the brand website, www.applewoodwin.co.uk, and the winner will be chosen at random. Multiple entries are allowed, but shoppers must buy an Applewood promotional pack every time they enter. Promotional packs and till receipts must be retained.

Applewood is a blended English cheese made by the Ilchester Cheese Company, which is a subsidiary of Norseland Ltd, based in Ilchester, Somerset. Norseland is owned by Norwegian dairy co-operative, Tine SA. Brands distributed in the UK include Applewood, Mexicana, Ilchester, Norwegian cheeses Jarlsberg, Snofrisk and Gudbrandsdalen, a range of Italian cheese under the Michelangelo name, and Marmite cheese (under license from Unilever).