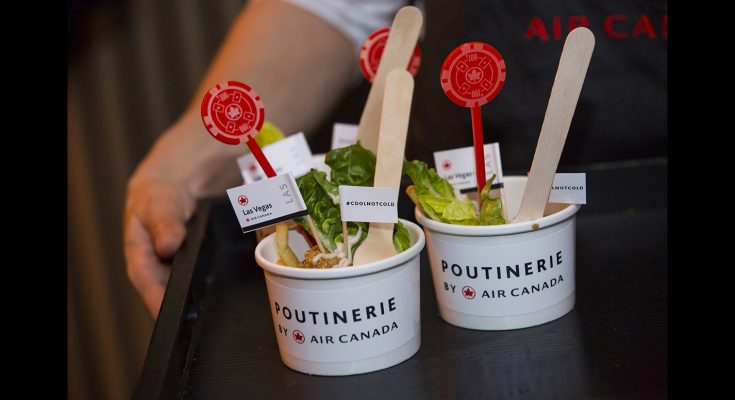 Air Canada is running a pop-up restaurant serving gourmet versions of Canada’s national dish, Poutine, inspired by a selection of the airline’s destinations, for the second year running.

The pop-up features an indoor and a covered outdoor area where visitors can enjoy their dishes with a selection of beer and wine, with destination-inspired music and imagery. There will also be a Virtual Reality (VR) installation allowing people to experience being on board an Air Canada flight. Visitors will also have the chance to win flights to one of the over 200 global destinations the carrier flies to.

The activation is part of an integrated campaign showcasing some of Air Canada’s ‘hidden gem’ destinations via Out Of Home, print, radio, video, social and programmatic channels around London.

Air Canada is Canada’s largest domestic and international airline, serving more than 220 airports on six continents and carrying more than 48 million passengers in 2017.