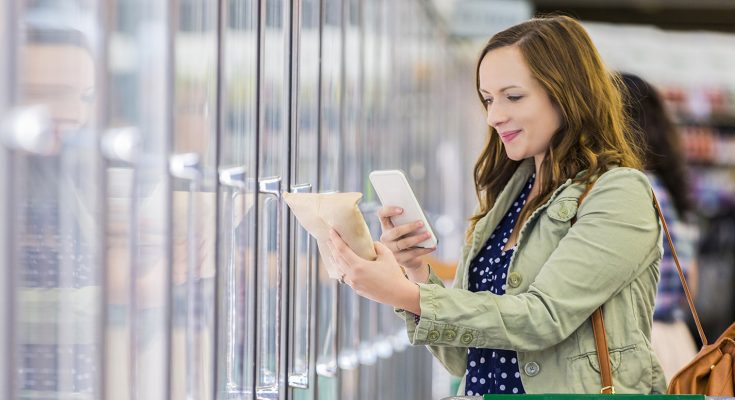 Technology is moving faster than ever with new ways to find, buy and redeem products popping up every day.

Not to state the obvious, but that makes technology more important than ever in driving a successful campaign — and brands who get on board with innovation can reap the benefits in terms of appeal and functionality. Great tech should make life easier, right?

Is there anything new about packaging technology?

According to the Savvy Cynics 2016 Consumer Promotions Survey Report, nearly 70% of people either look for, or are attracted by, promotional messages on product.

Clearly, on-pack promotions have traditionally played a huge role in promotional campaigns but the whole industry is now changing dramatically and with it come new packaging opportunities.

Retailers can tap into innovative packaging ideas, overcoming issues around space, design, and manufacturing to reach more customers and make an impact.

Augmented Reality – looking forwards, and up, and down….

A ‘newish’ way to take your conversation with customers to the next level is with Augmented Reality (AR). With AR, brands can boost an offer with loads of extra, fun content. Consumers simply use a zapcode to access more info from games – and competitions too.

Casper Thykier, co-founder of AR specialists Zappar, is a leader in AR technology. He says: “If you get the three Cs right, you get engagement and dwell time.”

In this case, the three Cs are:

Thykier adds: “AR packaging is great for increasing frequency with your product and giving you rich data analytics, turning your physical products into a living, breathing multimedia channel you control.”

Some of the best examples in recent years include inspiration from traditional consumer promotions, fused with technology to appeal to the discerning 21st century shopper.

In 2011 Heinz used technology created by Zappar’s rival, Blippar, to grant access to a Heinz recipe book (which when you think about it is a surprisingly traditional offering.) By downloading the app and holding it up to a Heinz ketchup bottle, shoppers could view the recipes which appeared on pages as if they were on the bottle itself. Heinz used this to drive people to its Facebook page to access more content.

NFC Keeping in touch with your Customers

Near Field Communication or NFC for short is also allowing consumers to interact with brand packaging. By tapping their smartphones on the labels the tags transfer data between devices wirelessly and without data or internet required.

Potential brand applications are numerous, such as advertising, shopper activation and engagement and loyalty schemes.

Malibu recently used NFC technology to great effect as part of their #BecauseSummer campaign in September 2016. They encouraged consumers to tap the image of a Malibu sunset on select bottles, to gain access to exlusive content, as well as being entered into prize draws.

Personalised experiences with brands have become easier than ever thanks in part to a rise in digital printing.

Brands such as Marmite, Coca Cola, Nutella and Vaseline have seized the opportunity to create fully bespoke personalisation for consumers and considering that the worth of the digital print for packaging market was valued at £10.5bn in 2015 and is expected to grow annually by 13.6% according to a study by Smithers Pira, I think we can agree this trend is set to explode in popularity.

Coca Cola’s ‘Share-A-Coke’ campaign which featured 100,000 of the most popular names printed on bottle labels around the world contributed to a 6.8% increase in Coca Cola’s global Facebook community, as well as boosting their index scores from 9.6 to 12.4 on the first day of the campaign alone.

So has digital printing reached its tipping point?

With so much potential in this approach to packaging, not to mention digital printing’s economic and speed to market advantages, it’s a proven way to engage with customers whilst remaining very cost effective, so it seems like a no-brainer to continue going forward.

As technology continues to advance and experiences with AR, NFC and iBeacon become more seamless, Global brands have an exciting opportunity to exploit ‘new-age packaging’ to create a new kind of customer experience that has a holistic focus on the creation of ‘marketing moments.’

Those brands able to find the right balance of brief, slick and seamless product interactions with their audience, will reap the most reward-  building trust, relationships and loyalty over time in the most fun way possible.

Chris Baldwin is Director of Consumer Programs at Sodexo. The Sodexo family, which includes the Promorati brands Protravel, Filmology, Fotorama and Entice, is Headline Sponsor of The IPM Awards 2017.

Fotorama, part of the Sodexo family has published a new eBook, How new technology is driving the promotional marketing industry, taking a closer look at the digital revolution and how it can help marketers influence shoppers.