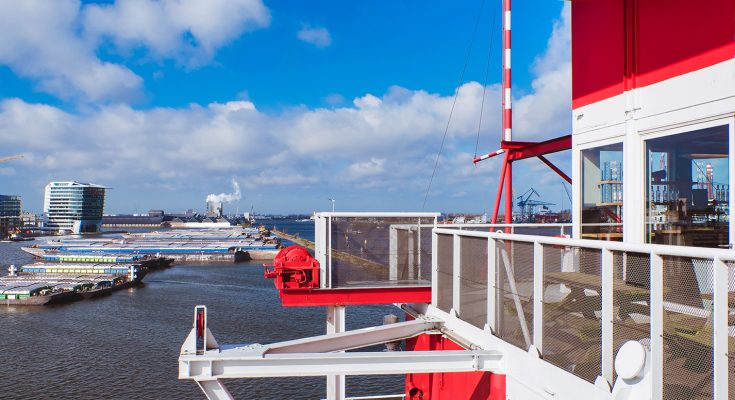 Ketel offers chance to rule an offshore kingdom – for a day

Dutch vodka brand Ketel One is running an Instagram competition offering consumers in the UK, US and Canada the chance to win a stay at the Ketel One Huis, an offshore platform overlooking Amsterdam, to celebrate King’s Day, the biggest party in the Dutch calendar and one of Europe’s biggest celebrations.

Entry is by following Ketel One on Instagram. Consumers then have to tell the brand via the comments function why they deserve to win a two-night stay on the platform for themselves and three friends.

The prize includes flights for four to Amsterdam, a tour of the Nolet Distillery in Schiedam, hosted by current members of the Nolet family, which have been distilling spirits there since 1691, and a cocktail making class.

The prize winners will then be transported to the Ketel One House, which has been converted for the occasion from an offshore platform which normally operates as the REM Eiland Restaurant. The platform started life in 1964 as a pirate TV station, broadcasting the first commercial TV to the Netherlands, although it was soon shut down by the Dutch authorities. The platform was towed back to Amsterdam and has since been converted into a restaurant and venue for parties. Guests will sleep 22 metres up, with floor to ceiling windows providing 360° views over Amsterdam and will be treated to a personal drinks butler, classic Dutch dining and Ketel One cocktails before celebrating King’s Day on a dedicated canal boat.

Bob Nolet, 11th generation distiller of the Nolet Distillery, whose father Carolus Nolet Sr., created Ketel One Vodka, said: “We are extremely excited to share our Ketel One ‘King’s Day’ experience with these winners, welcoming them not just into our pop-up Huis and our distillery but into our family too. We want to make the winners feel relaxed and ‘at home’, joining us to celebrate the excitement and fun of King’s Day – while also surprising them with little, unexpected details of perfection.”

The competition is now open and closes 16th April 2017, with winners being announced two days later. The trip takes place from 26th to 28th April.

The competition is open to all residents of the US, UK or Canada (excluding Quebec) aged 25 and over, so long as they do not work for Diageo or related companies. Entry is by following Ketel One on Instagram (@ketelone) and uploading a statement (200 words or less) explaining why the entrant deserves to stay at Ketel One Huis. Judges will select one winner based on creativity, originality, relevance to theme and technical merit. The prize is a stay for the winner and up to three guests (25 or older) at Ketel One Huis in Amsterdam from April 26th to 28th, 2017, including air travel, to a value of around $5000.