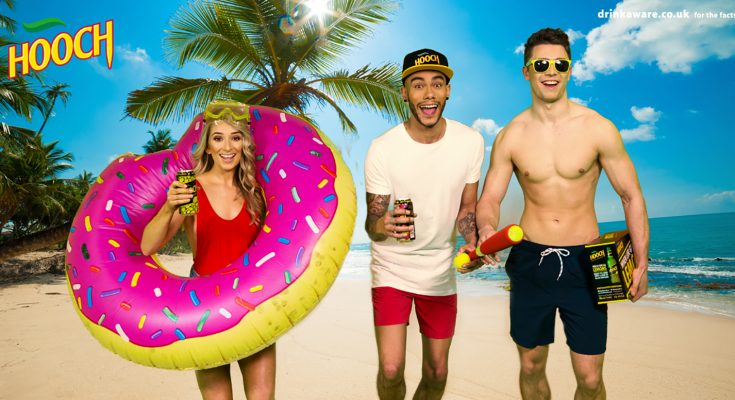 In the follow up to its hugely successful ‘Outrageously Refreshing’ 2016 activity, which reached over 27 million consumers across social media, Hooch has launched its new #HOOCHLIFE campaign, which aims to engage its target audience over key touch points in the path to purchase including OOH, Digital and in-store.

The #HOOCHLIFE campaign will use topical and situational comedy to entertain via online video content which is designed to be disruptive and ‘full on’. Hooch has enlisted BAFTA award-winning comedic marketing agency Hotwolf to create the online content.

Christian Sarginson, Senior Brand Manager for Hooch, says: “19 out of 20 Millennials own smartphones and check them on average of 43 times per day. Their phones are a passport to escapism, an endless source of entertainment and information. Digital campaigns have a huge effect on consumers, as 62% of millennials feel online content drives their loyalty to a brand. Based on this and the success of last year’s campaign, it is only natural for us to continue making great, original content that cuts through congested newsfeeds and talks to our consumers in the most effective and engaging way possible.”

In addition to a major OOH campaign, the brand has also invested in tactical digital display and banner advertising across websites appealing to the target audience, reaching 12 million consumers. #Hoochlife will also be touring four festivals, activating in true Hooch fashion.

Limited-edition promotional packaging has been designed to disrupt on shelf and drive people to social media to become part of the #Hoochlife, with the chance to win thousands of prizes every day. Over 10,000 10x275ml packs will include a special gift in pack, providing the ultimate festival accessories for summer.

Christian Sarginson adds: “Continued research into our consumer’s habits and interests has been key in developing the insights our campaign is based on. We have used them to develop a highly engaging campaign across a multitude of touchpoints, culminating in a direct reward at the point of purchase. The #Hoochlife campaign hits several touchpoints from digital through to on-pack promotion to encourage consumers to live the Hooch life through the entire path to purchase.”