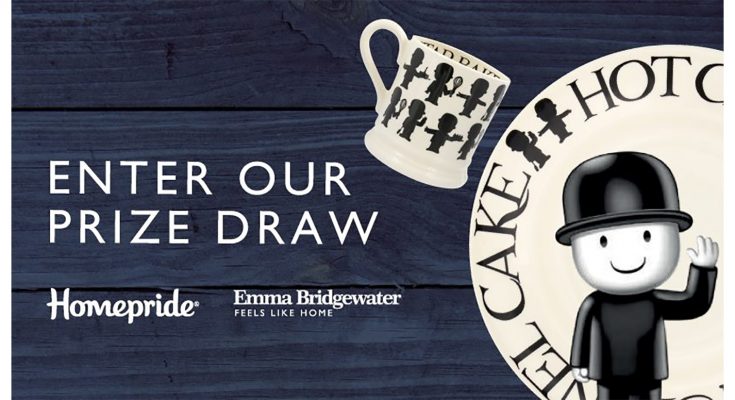 Homepride and Emma Bridgewater team up

The token collect promotion is being supported with social media activity including a Facebook competition to win one of 10 bundles of Homepride Emma Bridgewater products.

The first products to be available through the token collect promotion will be an Emma Bridgewater Half Pint Mug and 8.5” Easter Plate – celebrating Hot Cross buns and Simnel Cake – with further items to follow later in the year including a batter jug, cake plate and tea towels.

Consumers can claim the promotional products by collecting tokens from packs of Homepride plain, self-raising and strong white bread flour and then paying an extra amount depending on which item they want. The plate, for example, costs £9 with three tokens, while the mug costs £12 with two tokens.

Entry is via Facebook, and the draw is open from now until April 16th 2017.

Kate Wells, brand marketing manager for Homepride Flour at Kerry Foods, which makes Homepride flour, says: “Homepride flour and Emma Bridgewater share common values as well as a similar discerning audience, making our collaboration the perfect partnership. We are confident that our campaign will appeal to our consumers whilst driving sales and category growth.”

The Homepride brand is owned by Premier Foods, which uses it for pre-prepared cooking sauces. Premier licenses the brand to Kerry Group for the production of flour. Brand icon Fred the Flour Grader was created in 1964, a year after the brand itself was launched.