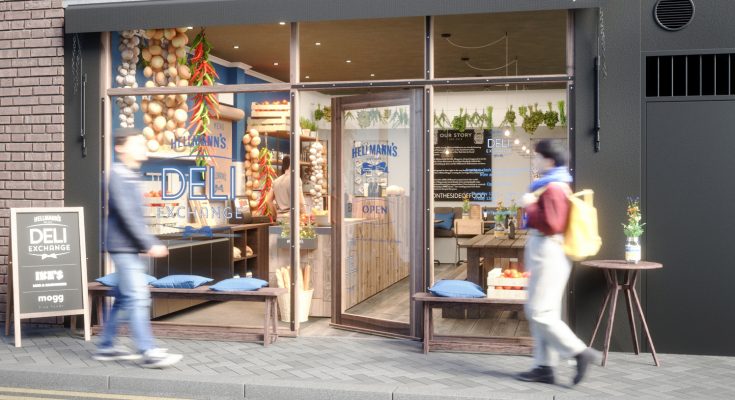 Hellmann’s is bringing together food entrepreneurs from Britain, Berlin and California to serve up deli sandwiches to UK consumers as part of its Hellmann’s Real Food Tour.

The tour will support UK restauranteurs by showcasing their hero dishes in a series of short videos that will raise awareness of the exciting and tasty food being served by the country’s rising stars.

To kick start the Real Food Tour, Hellmann’s will open the ‘Deli Exchange’ this week – a pop-up that will host two of the world’s best Deli’s, allowing them to share their own world-renowned, award-winning sandwiches with Londoners for the very first time.

This exclusive Soho-based eatery opens from Thursday 19th July to Saturday 21st July, with back-to-back residencies from world-famous deli aficionados Ike’s Love and Sandwiches, which has over 40 sites across California, and Mogg, an institution on the Berlin culinary scene.

Visitors to the Hellmann’s Deli Exchange will be offered a curated menu of iconic deli sandwiches that will feature Hellmann’s mayonnaise. All proceeds from the sandwiches will be donated to Action Against Hunger, a global charity committed to ending world hunger.

The Deli Exchange will take place at 3 Bateman Street, Soho, London between 19th and 21st July from 10.00 – 17.00. All deli sandwiches will be available for £4.99 with all proceeds being donated to Action Against Hunger.

The Hellman’s brand is owned by Unilever, one of the world’s leading suppliers of food, home care, personal care and refreshment products with sales in over 190 and revenues of €52.7 billion in 2016. Unilever has more than 400 brands around the world, including Persil, Dove, Knorr, Domestos, Hellmann’s, Lipton, Wall’s, PG Tips, Ben & Jerry’s, Magnum and Lynx.