Home industry Gender stereotyping puts products before people – and consumers don’t like it! 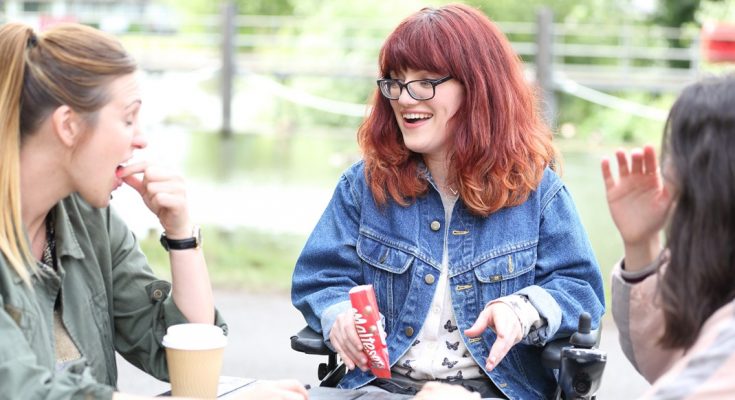 Gender stereotyping puts products before people – and consumers don’t like it!

Brands need to assume a people-first approach and stop using stereotypes in their advertising not just because it’s the ethical thing to do: there’s also a growing commercial imperative, says Sally McLaren, director at Sense.

In the past few months several gender-related stories have hit the national headlines. Jodie Whittaker was announced as the first ever female Dr. Who, the BBC revealed its huge gender pay gap, John Lewis made its children’s clothing ‘gender neutral’, and it was refreshing to see the Advertising Standards Association (ASA) announce that it is working on tougher standards for what it called harmful gender stereotypes in advertisements.

The ASA’s stance hasn’t come a moment too soon. The issue has been bubbling under the surface since Procter & Gamble’s #unstereotyping speech at last year’s Cannes Lions Festival, where the brand pledged to end gender stereotyping across its brand advertising.

While this was welcomed wholeheartedly, it’s a touch ironic since P&G has done so much to promote stereotypes in its Fairy Liquid commercials over the years – they still featured a woman washing up as late as the Noughties! Only in the 2015 version did they first show a man doing the dishes. But let’s give credit where it’s due.

Although a lot of ad stereotyping these days is subtle, you can always find a jaw-dropping example, such as Uber’s French promotional marketing campaign a couple of years ago offering a 20-minute ride with an “incredibly hot chick”. Before it, and the related video, were taken down due to the public outcry, the blog post started off by asking readers: “Who said women don’t know how to drive?”

Around the same time a UK newspaper ran a promotion offering a chance to “Win a date with a Daily Star Page 3 babe.” The ASA ruled that newspaper campaign sexist and offensive. Its argument is that persistent stereotyping, which has built up over the years, can be harmful, as it restricts the choices, aspirations and opportunities for young adults. This was supported by research released recently by Universal McCann, which found 49% of women surveyed “felt pressure from ads to be a certain way” and 44% agreed that ads had made them feel “not good enough”.

So, what will the ASA’s new regulations mean for brands?

Hopefully, naming and shaming those that transgress will encourage them to clean up their acts. The question is, though, whether that will stop companies creating products that reinforce gender stereotypes. Perhaps the backlash by the general public will be enough to stop this, as Clarks found out recently. The shoe maker was accused of “everyday sexism” for calling a girls’ school shoe “Dolly Babe,” while the boys’ equivalent was named “Leader.” The girls’ shoes carry a heart-patterned insole, while the boys’ insoles are decorated with footballs.

Having been widely condemned across social media from the general public and prominent politicians, Dolly Babe was taken off sale.

Rather than hindering brands’ ability to promote themselves, unstereotyping should actually make their campaigns more engaging and effective.

Why? Because gender stereotyping is simply lazy marketing.

There is no denying that stereotypes can be effective. In this era of ‘audio-off’ video content, stereotypical behaviour portrayals are an easy way to get across a product benefit or brand’s message. But looking beyond gender stereotypes demands more creativity, resulting in campaigns that are more original and have greater impact.

Furthermore, stereotypical campaigns don’t reflect the real world, where – with the exception of pay it would seem – men’s and women’s roles have been becoming increasingly blurred over the past couple of decades. By falling back on gender stereotypes in their advertising, brands are no longer depicting a world that consumers recognise, so they are less likely to resonate or engage.

This lazy approach smacks of putting products before people. By thinking people first, and acknowledging, for example, the changing role of women within society that’s currently taking place, brands will create far more effective advertising. And this has been proved by the few brands that have made the leap.

It’s no fluke that Always’ Like a Girl Emojis US campaign was ruled the second most effective ad in 2016 by WARC research. This was one of a number of highly creative and pioneering campaigns under the Like a Girl banner that address the impact of gender stereotyping head on rather than depending on stereotypes to sell stuff like so many other brands do. The result has been highly effective marketing that has worked wonders for brand affinity, but also transformed the phrase ‘like a girl’ from an insult into an empowering message.

Meanwhile, Sport London’s This Girl Can campaign addressed not only gender stereotypes, but age ones too – and it was one of the most successful government campaigns ever run, resulting in a massive increase in British women playing sport. And Twitter got in on the act with the release of the latest ad in the powerful and empowering #SheInspiresMe campaign.

The 2016 Maltesers ads took things one step further, featuring female characters making light of their disabilities as an extension of the brand’s ‘Look on the Light Side’ campaign (see picture above). This was part of Channel 4’s diversity initiative in which it offered brands the chance to get £1 million’s worth of airtime for free in return for ads that featured disability. While this was a tremendous step forward, we do have to question if Mars would have made the ad without the airtime offer.

The main thing, however, is that Channel 4 inspired Mars to do this; and hopefully the fact that the resulting campaign was not only seen as pioneering but also highly successful will encourage the confectionery giant to continue to keep up the good work.

Looking at gender stereotyping from a different perspective, EDF Energy’s Pretty Curious campaign toured schools across the UK recently inspiring teenage girls to pursue science, technology, engineering and maths subjects. The aim was to tackle the gender imbalance in these subjects, which is threatening to cause a major skills gap in these key areas that are increasingly vital to the UK economy – and of course to EDF itself.

By fighting for gender equality, EDF is also helping secure its own future success. But so is Mars and the other brands that are ‘unstereotyping’, because they’re actually doing what consumers want.

Returning to the Universal McCann study, the research underlined the business benefits of pushing traditional gender boundaries, with 65% of women and 59% of men saying they like it when brands use traditional media to challenge stereotypes.

It’s not just what women want, but also what men want – so doesn’t it make commercial sense for brands to want it too?