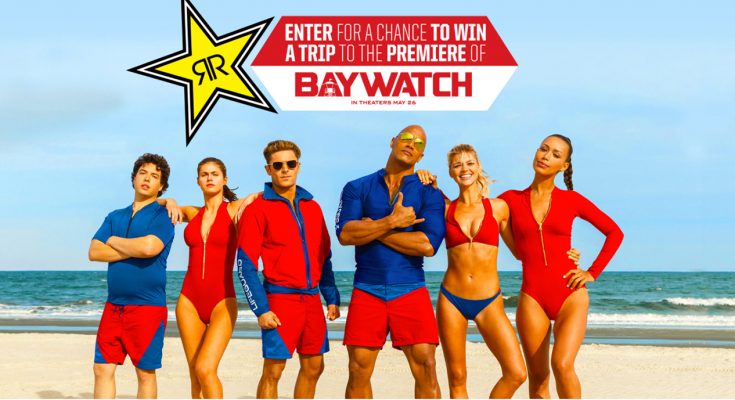 Rockstar teams up with Baywatch movie

Rockstar, the energy drink brand distributed in the UK by AG Barr, is partnering with the upcoming Baywatch movie for an on-­pack promotion offering shoppers the chance to win an ‘Ultimate VIP Miami Experience’, including a pool party and luxury yacht trip.

Entry for the Miami trip prize is open until August 31 2017. The Miami prize package includes return flights from London to Miami for four people (all of whom must be 18 or over and at least one of whom must be over 21), five night accommodation in a 4* hotel, a VIP pool party at a luxury hotel in South Beach including a private cabana, a private sail on a luxury yacht with drinks and snacks and travel insurance.

Consumers enter by going to the promotional website, http://miami.rockstarenergy.com/, registering and inputting unique codes found on can ring pulls.

The on-pack promotion runs across Rockstar’s Xdurance and Guava flavours as well as on a new limited-edition variant named Beach Blend.

Baywatch will be one of the hottest and biggest films releases of 2017 and we are excited to be partnering Rockstar with such a phenomenon,” said AG Barr Marketing Director Adrian Troy. “It is a perfect fit for the brand and energy drink consumers will love it. The on-pack offer will help drive overall sales of energy drinks, so our advice to retailers is to stock up.”

Baywatch is an action-comedy film based on the popular 1990s TV show and set to be released ijn the UK on May 29th. The movie stars Dwayne ‘The Rock’ Johnson and Bollywood sensation Priyanka Chopra. Rockstar’s promotion runs from now until June.

The same promotion is also running in the US, where Rockstar originated.