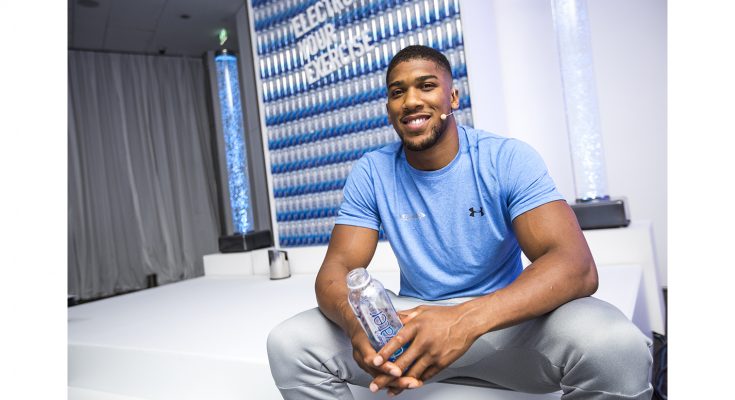 Lucozade Sport Fitwater, the latest addition to the Lucozade sports drink family, has launched a new campaign featuring unified heavyweight boxing champion and Lucozade Sport brand ambassador, Anthony Joshua. The campaign will include Above The Line (ATL) advertising as well as Out Of Home (OOH), digital and in-store activity.

Since launching last August, Lucozade Sport Fitwater has become the second largest functional water brand in the UK market. This electrolyte water is made by purifying spring water then adding four key electrolytes specifically designed to help replenish what is lost in sweat.

The new ATL campaign is supported by a £3.5 million cross-channel spend. The ATL will incorporate a range of eye-catching outdoor creatives, designed to attract consumers to the still water segment and appeal to the growing demand for functional drinks to enjoy as part of an active lifestyle.

Lucy Grogut, Lucozade Sport Brand Director at Lucozade Ribena Suntory, comments: “We’ve developed Lucozade Sport Fitwater’s latest ATL campaign to grab the attention of existing sports drink consumers, while also appealing to a new audience with a drink perfect for the exercise occasion but with no sugar or calories. We’re confident that this new ATL promotion and £3.5 million investment will support the brand’s offering in the water segment and drive awareness of the product.”