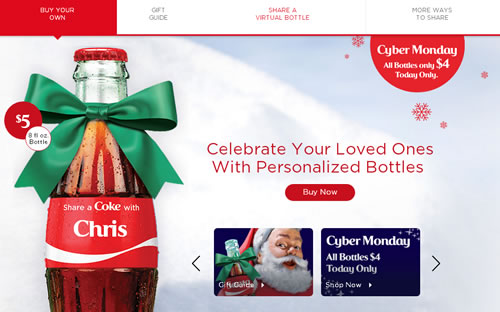 Coca-Cola in the US has launched a new Christmas-themed “Share a Coke” label campaign, giving consumers the chance to order bottle with seasonal names and messages.

For a limited time, Coca-Cola is replacing its iconic logo on glass bottles, multi-packs, 12-ounce cans, 20-ounce bottles, 1.25-liter and 2-liter PET bottles with a range of options including “Santa,” “Someone Nice,” “Someone Naughty,” “Under the Mistletoe,” “Elves” and “Secret Santa.”

Racquel Harris Mason, vice president Coca-Cola trademark, Coca-Cola North America, says: “The ‘Make Someone Happy’ campaign is all about sharing your time, attention, love and laughter with others. And by pairing the holiday with ‘Share a Coke’ packaging, we’re hoping to give people even more ways to make a connection and share a special moment together. Whether it’s toasting to ‘Mrs. Claus’ or wrapping gifts with your ‘Elves,’ we hope ‘Share a Coke’ helps make moments with friends and family even more magical this holiday season.”

The ‘Share a Coke’ activity launches at the same time as the return of Coca-Cola’s “Make Someone Happy” advertising campaign, which encourages people to look beyond the presents and focus on the true spirit of the Christmas holidays. The 60-second TV spot shows that all it takes to make someone happy is the act of opening your heart.

The Coca-Cola Holiday Caravan, five trucks each illuminated by more than 30,000 red and white sparkling lights, also returns, rolling into 90 cities across the US in a massive sampling and experiential campaign running until December 20, 2015.

Coca-Cola’s iconic Santa Claus, as imagined by the artist Haddon Sundblom, will appear along with “Share a Coke” names on limited-edition holiday packaging on Coca-Cola multi-packs, cans, glass bottles, and on 20-ounce, 1.25-liter and 2-liter PET bottles. “Share a Coke” will also come to life through Coca-Cola Freestyle fountain dispensers, which will offer a limited-time mix called “Secret Santa.”

Social and digital campaigns will provide fans the opportunity to test and share whether they’ve been “Someone Naughty” or “Someone Nice” this year through a Facebook app. 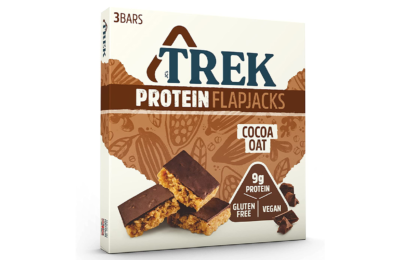