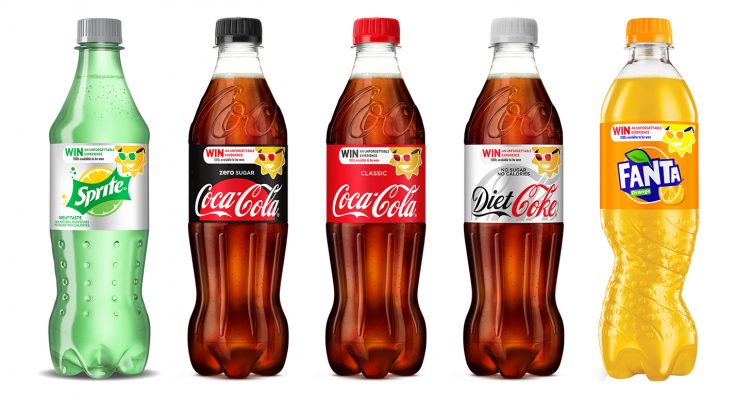 Coca-Cola European Partners (CCEP) is offering consumers the chance to win unforgettable summer experiences with its biggest-ever on-pack summer campaign, which will also feature across Sprite, Fanta and Dr Pepper for the first time.

From today (25th June) until the end of August, consumers can enter codes printed on promotional packs of Coca-Cola Classic, Diet Coke, Coca-Cola Zero Sugar, Sprite, Fanta and Dr Pepper (including zero and no sugar flavoured carbonate variants) to find out if they have won instantly.

Instant winners can choose from one of 10 once in a lifetime experiences, from whale watching in Iceland to a meditation trip to Italy.

With research showing that millennials increasingly value unique and personal experiences, the promotion is designed to help retailers appeal to this consumer group by linking the refreshing taste of Coca-Cola during the summer, to the feeling of trying new experience.

There will also be 15,000 POS kits for the on-trade, including posters, sun-shaped coasters and table talkers as well as promotional stickers and back bar display solutions.

The campaign will be supported by marketing activity including TV, Radio, social media, out-of-home advertising and instore activation.

Simon Harrison, customer marketing director GB at Coca-Cola European Partners, says: “Summer is a key trading period for impulse categories such as soft drinks and a big opportunity for retailers to further drive sales. The aim of this year’s promotion is to connect with consumers that really value trying something new. The once-in-a-lifetime trips and experiences on offer will drive excitement amongst consumers, keeping soft drinks front of mind during the summer months.

Harrison adds: “Our Coca-Cola summer campaigns have always been popular and our 2017 activity saw us achieve our highest ever on-pack redemption, with more than 1.5million entries. We’re back again this year with an even bigger campaign extending across our sparkling portfolio, in line with research that shows consumers purchase more brands in the warmer months.”