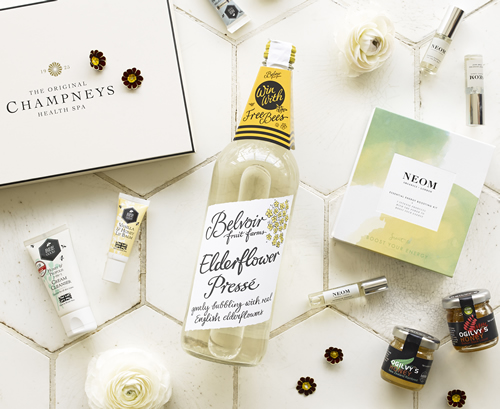 Belvoir Fruit Farms has launched its biggest-ever on pack promotion, dubbed FreeBees, with the grand prize of a seven-night holiday for two to Saint Lucia.

The FreeBees promotion rolled out across 500,000 promotional bottles from May 1st, with each Elderflower Pressé bottle carrying a FreeBees neck collar complete with unique code.

To be in with a chance to win, shoppers have to visit www.belvoirfreebees.co.uk, enter their unique code and release their bee. The bee will take them on a journey, flying through the internet, to choose their prize.

Everyone who enters the daily draws will be entered into a prize draw for the St Lucia holiday.

Belvoir Fruit Farms make their products from naturally lovely ingredients, none of which would be possible without bees. Bee populations are in decline in the UK, so Belvoir Fruit Farms wanted to return the favour and help them out.

As part of the promotion, the company will be making a £5,000 cash donation to the British Beekeeping Association to support their Friends of the Honey Bee campaign.

The promotion was created for Belvoir by integrated agency, whynot! thinkpeople.