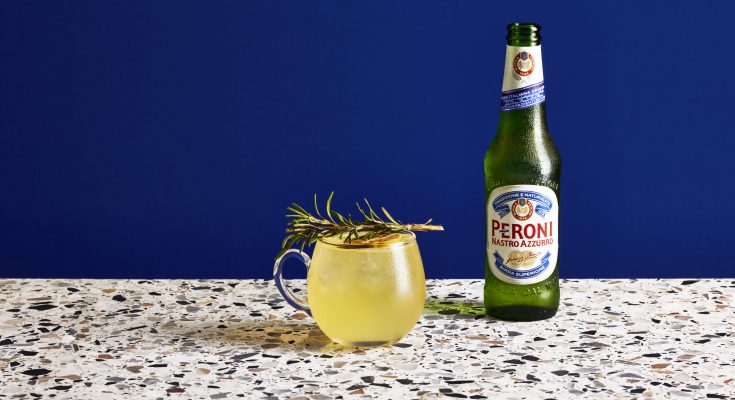 Peroni Nastro Azzuro is putting its rich Italian heritage centre-stage in a social media and influencer content-based campaign developed for the beer brand by integrated marketing agency HeyHuman in support of this year’s House of Peroni residency, which is being managed by M&C Saatchi PR.

As part of Peroni’s ‘Infused with Italy’ campaign, the brand whisked three creative minds and three leading mixologists off to the picturesque region of Liguria, to explore new citrus flavours and create three original Peroni cocktails.

As well as creating a set of stunningly beautiful brand and influencer content pieces that live under #InfusedWithItaly, the campaign brings to life Peroni’s Italian heritage and works hand in hand with this year’s House of Peroni residency, a pop-up venue in London’s Shoreditch.

Federico Doldi, a mixologist at the Chiltern Firehouse, was partnered with Nik Southern, founder of East London florist, Grace & Thorn. The pair were whisked off to Liguria, where they explored the Peroni Ambra’s chinotto groves and developed their own chinotto-inspired Peroni cocktail.

The second pair, Mia Johannson, owner of Bar Swift, and George Greaves, a Bristol-based freelance illustrator, were taken on a tour of Genoa, where they discovered the city’s bar scene and visited its famous fruit market, Mercato Orientale, which is renowned for its selection of bergamot. The pair then developed a cocktail using the bergamot fruit and Peroni Nastro Azzuro’s gluten free beer.

Peroni Nastro Azzuro also invited scent experts Niko Drafkos and Paul Firmin from Earl of East London and Davide Manzi, a mixologist at London Edition, to the Italian coast. The team travelled to Sestri Levante, a seaside town in Liguria, and met with a gelato maker to learn about the region’s attachment to lemons. Taking their inspiration from the trip, the trio crafted a lemon-infused Peroni cocktail.

Ben Lock, business director at HeyHuman, says: “Peroni is one of the world’s most popular beers, which has always been known for its style. The ‘Infused with Italy’ campaign was a way to communicate more of the brand’s unique provenance and heritage to a wider audience.”

Each journey to Liguria has been filmed to create a teaser film and three 20-second shorts that will be shared over Peroni’s social channels.