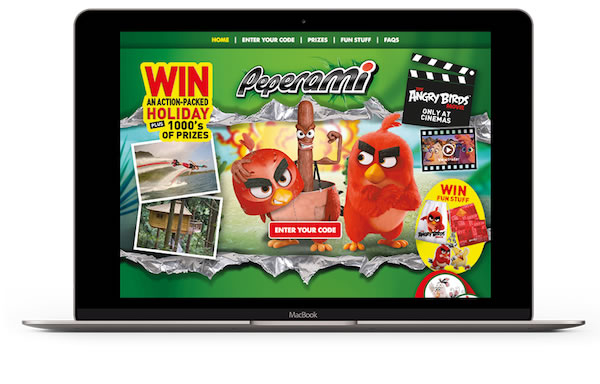 Meat snack brand Peperami has linked up with the new Angry Birds movie in an on-pack prize promotion with Angry Birds merchandise and weekend trips to Barcelona as prizes.

There are two Barcelona breaks to be won, one for a family of four and the other for two adults; both include various adventure activities, and the family trip includes accommodation in an Angry Birds-style tree-house hotel.

In addition, Peperami and the Animal also feature in Rovio’s classic Angry Birds 2 game where a Peperami-branded ‘spell’ can be called upon to defeat the Piggies. The TV ad can be viewed to earn extra lives. Furthermore, a new game, Angry Birds Action, launches on April 28th and consumers can scan a ‘birdcode’ from their Peperami packs to gain additional content and lives in this game.

The promotional period kicked off at the end of March and runs until June 30th 2016. There are two elements to the prize promotion, an instant win and a prize draw.

Entry to the prize promotion is online; consumers have to enter a code from their Peperami packaging and their contact details at www.peperami-angrybirds.com. 2,000 instant win prizes have been allocated according to ‘winning moments’, and entrants will be told immediately if they have won one. All entrants will be entered into a prize draw for the two holidays which will take place after the promotional period ends.

In the instant win game, prizes include The Angry Birds Movie keyrings, 3D Piggy Puzzles, tube scarves and drawstring bags. The prize draw prizes are one trip to Barcelona for a family of four, including flights, three nights in a luxury tree house, and an Adventure Forest stunt course, and a trip for two adults to Bareclona including flights, two nights at a luxury hotel and a flyboarding (water powered stunt surfboard) experience.

The Peperami brand was sold along with BiFi, a very similar product sold in Germany and other European countries, to US snack foods company Jack Link’s in April 2014. Jack Link’s will be running the Angry Birds promotion in 11 countries where it sells the product under either the Peperami or BiFi brand names. 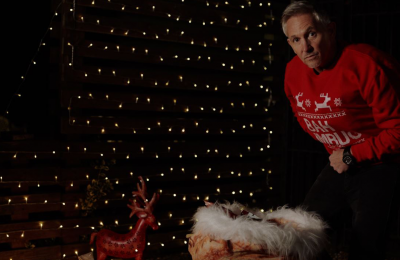 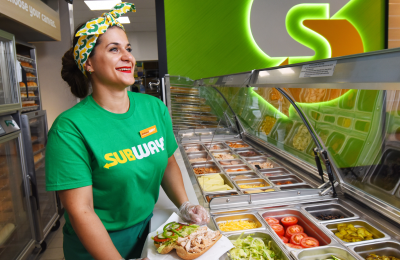