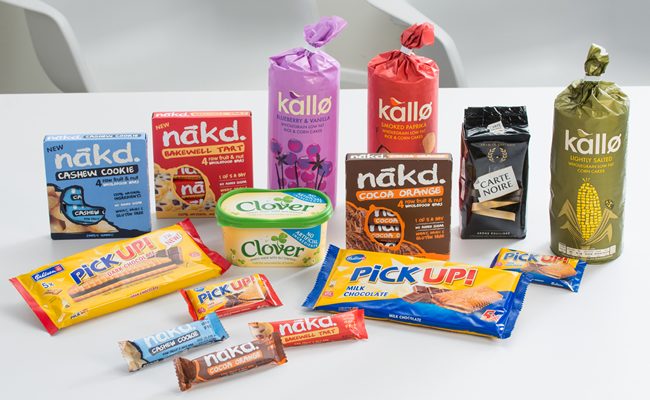 The ‘It’s Lunchtime’ multi-brand experiential and promotional campaign kicked off for its third run at the end of September, this time with a social media campaign aimed at getting busy office workers who can’t get away from their desks to try out some desk-based exercises.

It’s Lunchtime includes major media, promotional and trade support activity centred around the It’s Lunchtime RoadShow which runs until mid October and which should reach an estimated half-a-million shoppers, highlighting the importance of a midday day meal to health, well-being, energy levels and concentration – as well as the fact that a balanced midday meal can boost the metabolism, which in turn can help with weight loss.

Brand Belief will also be conducting a survey to find out exactly where Britons like or tend to eat lunch, #wheredoyoueatyours.

The RoadShow will be appearing at two London mainline stations, Victoria and Waterloo, as well as 30 key Tesco and Sainsbury large format stores over four weeks. In addition to lunch-related sampling sessions, money off coupons will also be distributed.

In addition, as the majority of working adults now eat lunch at their desk or workstation, the campaign will also be promoting simple #lunchercise exercises to keep the healthy message going. Exercises include The Desk Push Up, Chair Swivel, Printer Sprinter and The Lunchbreak Hammy.

The campaign aims to reach out to 12 million people through the media, targeting 150 titles, and via social media. There will be ‘Lip-smacking Lunchbox’ giveaways via the press and online plus advice, hints, tips and recipes across social media and on the website www.itslunchtime.co.uk.

Julien Lacrampe, Trade Marketing Manager at Bahlsen, comments: “Following last year’s success, we are delighted to be involved in the ‘It’s Lunchtime’ sampling initiative again. Last year alone, more than 79,000 incremental households bought PiCK UP! biscuits and through this sampling we will drive even more consumers to the brand.”