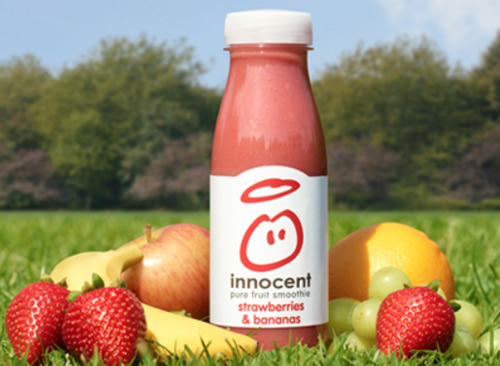 Following a competitive pitch process, leading smoothie and juice brand Innocent Drinks has brought on board marketing agency Sense to work across a wide range of ‘real world’ campaigns – experiential marketing and other activations in places like shopping centres, transport hubs and festivals.

Sense will create a new brand activation strategy that will link together existing and new campaigns. These will include diverse types of real word creative executions.

The first work is scheduled to launch in January 2016, with Sense handling both tactical and longer-term strategic activations.

Innocent Drinks Brand Activation Manager Jamie Sterry says: “Sense’s strategic thinking stood out and gave us a very compelling direction, which we felt sat really well with the challenges we face and ambitions for the brand. Sense also demonstrated a real breadth of capability and have great credentials in executing a platform with innovative and exciting work.”

Nick Adams, Managing Director of Sense, adds: “Innocent has such a forward thinking approach to experiential and really embraced our own philosophy around the potential for developing authentic and tangible real world activations. We have a programme of really exciting work being planned and are delighted to now be in full activation mode – watch this space!”

Innocent Drinks has been a major user of experiential marketing in the past, and drove the growth of the modern festival marketing platform through its creation of the Innocent Village Fete, a massive family-friendly festival in London’s Hyde Park.

Coca-Cola took an 18% stake in Innocent Drinks in 2009 and took its share to more than 90% in 2013. However, the smoothie brand remains committed to its ethical marketing stance with a percentage of profits donated to charity. It has just launched the 2015 version of its long-running ‘Big Knit’ campaign, where it invites members of the public to knit miniature woolly hats for its products and then donates 25p from every drink sold with a hat to Age UK to help keep elderly people warm this winter.