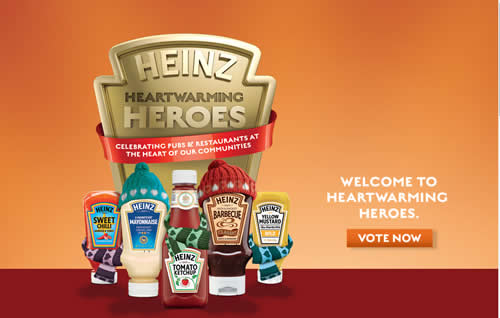 Heinz has launched a new £5m ‘Heartwarming Heroes’ campaign with both a consumer-facing element and a competition for pubs, restaurants and other food outlets.

The whole campaign is knitted together with imagery showing Heinz foods, including Beanz and Tomato Ketchup, wrapped up in woolly hats and scarves which will appear on in-store and in-restaurant POS, outdoor media and elsewhere. There will also be social media, sampling and PR support

In addition, a national radio campaign will feature celebrities including Chris Tarrant, Griff Rhys-Jones, Barbara Windsor and Mel & Sue from The Great British Bake Off revealing their own Heartwarming Heinz moments.

Marco Marioni, assistant brand manager at Kraft Heinz, says: “The new campaign will remind consumers that Heinz products are tasty, feel-good foods that warm them up both physically and emotionally. We’re investing £5 million in the campaign which will reach over 90% of consumers shopping across all Heinz categories.”

Pubs and restaurants have until the end of November to register at www.heinzheroes.co.uk. They will get sent a pack including POS materials and free samples.

Consumers are being invited to nominate the pub or restaurant which they think is most at the heart of a community. They can vote by text, online at www.heinzheroes.com or by using #HEINZHERO on Twitter or Instagram.

The Heartwarming Heroes campaign follows on from the brand’s After School Heroes campaign which it launched for the back-to-school period and which is still open until November 1st.

In that promotion, Heinz teamed up with DC Comics to launch a Super Heroes themed promotion on its core ranges; Pasta, Beanz, Soup and Reduced Sugar and Salt Tomato Ketchup. For a limited period, Batman, Superman and Wonder Woman have been featuring on pack and in stores in their animated forms. A competition offered consumers the chance to win prizes including 1,000 goodie bags, 1,000 DC Comics DVDs and, the star prize, a family holiday to Los Angeles. 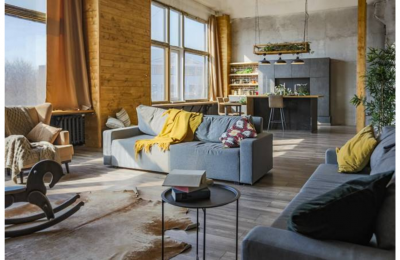 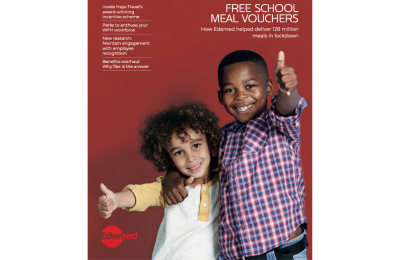