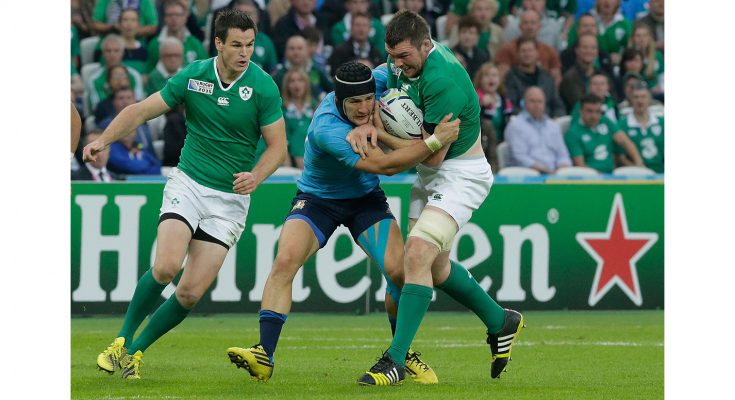 Brewing giant Heineken will be giving away tickets to the Rugby World Cup in Japan in 2019 as part of its latest deal with the sport’s governing body, World Rugby.

As a Worldwide Partner for Rugby World Cup 2019, Heineken will continue its popular match traditions across the 12 venue tournament, such as the Heineken Coin Toss and the Heineken Back Stage Stadium Tour. The partnership will also include exclusive pouring rights, LED pitch boarding exposure and tickets giveaways. To celebrate, Heineken has released a short film that features ambassador and rugby legend Scott Quinnell sharing his Rugby World Cup memories, with a hidden twist.

Hans Erik Tuijt, Global Sponsorship Director, Heineken, says: “Heineken has enjoyed a close association with rugby for over 20 years. Rugby World Cup will again enable Heineken to create engaging experiences for fans at the tournament and at-home in the 20 participating countries and beyond. This partnership compliments our other unique global platforms; Formula One, UEFA Champions League and James Bond.”

Heineken says the World Rugby partnership plays an important role in supporting the brand’s global business growth objectives. During the last Rugby World Cup, in the UK in 2015, the brewer teamed up with newspapers and media sites, on-trade operators and retailers to run a wide range of promotional activity linked to the tournament, including rugby scarves and kit give-aways and competitions to win tickets and special VIP experiences at various matches, including the final.

World Rugby Chairman, Bill Beaumont, observes: “Heineken is a brand steeped in Rugby World Cup history and we are delighted to be extending one of the most well-known and successful relationships in the sport. With the pool draw, match schedule and ticketing launch all taking place this year, 2017 is an important year for hosting preparations. We are delighted that we will be embarking on this exciting journey with the full support of Heineken.”

Heineken claims to be the world’s most international brewer with a portfolio of more than 250 international, regional, local and specialty beers and ciders. It operates 167 breweries, malteries, cider plants and other production facilities in more than 70 countries.

Rugby World Cup 2019 in Japan is the ninth edition of rugby’s showcase global event and the first in Asia. The world’s top 20 national teams will play in 48 matches hosted across 12 match cities for the right to lift the iconic Webb Ellis Cup and be crowned world champions. Rugby World Cup is the sport’s financial engine, generating approximately 90% of World Rugby’s revenues for reinvestment in the global game over the four-year cycle. The record-breaking success of England 2015 is enabling World Rugby to invest £245.8 million in the sport by 2020, eclipsing the previous 2013-16 £201 million investment injection by 22%.