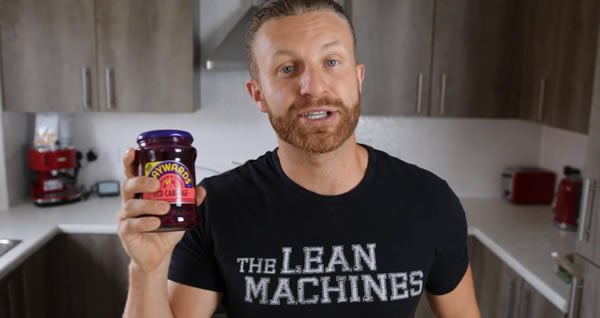 Haywards, Britain’s best-selling pickled vegetable brand, is set to launch a new campaign to target millennial males. The ‘Lad in Salad’ campaign is digitally led and will demonstrate that pickled vegetables are ideal for livening up a salad.

The campaign has been developed following extensive consumer research by Haywards Pickled Vegetables. The research revealed there is a huge opportunity to be linked to the 1.5 billion salad eating occasions in the UK each year. The research also found that millennial men over-index when it comes to using pickled vegetables and that 71% of people are now eating healthier than ever before – a perfect opportunity for Haywards to capitalise on.

The activity, the first of its kind for the brand, will include sampling, digital advertising, SEO and a social media campaign. As well as encouraging the use of Haywards products in salads, the campaign will build on last year’s re-brand, showcasing the versatility of its products and the Tang-o-meter, a visual on-pack guide to the tanginess of the product. Recipe suggestions have been strategically developed based on SEO data by looking at the most popular search terms around salads.

The campaign also includes a partnership with influential fitness vloggers, The Lean Machines. The Lean Machines’ fitness, food and lifestyle content has had over 15 million views, in which they highlight how staying in shape is easy, simple and fun. Their audience is 71% male, with 85% of the total audience also being under 35, making them the perfect partner for the Haywards campaign. In addition to this, 15 videos will be created for use across Haywards’ web and social media properties, as well as in digital advertising, to highlight how pickled vegetables can be used to liven up salads.

The ‘Lad in Salad’ sampling activity will roll out with sampling in Asda and city centre sampling in locations close to Sainsbury’s. The Haywards team will also be livening up lunch for all of the participants at the Yorkshire Tough Mudder (6/7th August) and the South West Tough Mudder (20th/21st August).

Noa Hasegawa, Haywards Brand Manager at Mizkan Euro, said: “This campaign signals a bold new direction for the brand. Our research showed that there is a huge opportunity to link Haywards to the salad eating occasion. Our campaign aims to inspire a new generation of men to liven up their salads with Haywards pickled vegetables.”