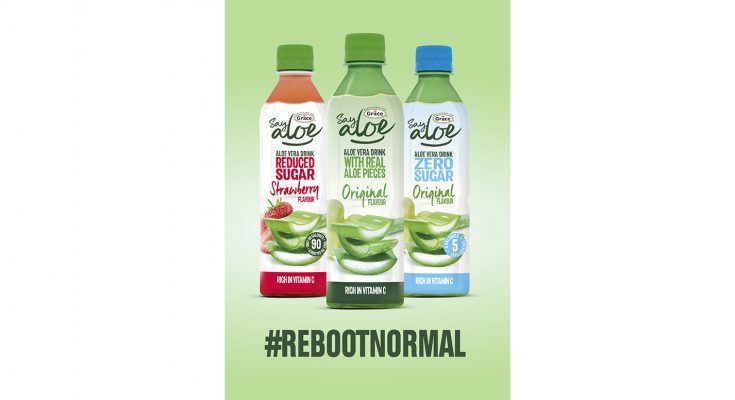 Grace Foods UK is encouraging consumers to #RebootNormal with its biggest ever investment in its Grace Say Aloe soft drinks range.

The £1million campaign runs from July to October. It will reach more than 10 million consumers, encouraging shoppers to ‘Reboot Your Normal’ with a light-hearted take on everyday ‘normal’ activities.

Nyree Chambers, Grace Foods UK’s Head of Marketing, says: “The ‘Reboot Your Normal’ campaign highlights that Grace Say Aloe breaks with what’s expected. It’s the drink for people who want to escape the norm and want their reality rebooted in some way. Its unique texture, flavour and ingredients are truly distinctive and a real reboot of the soft drinks category. The range is made with real Aloe Vera pieces and meets shopper demand for thirst-quenching drinks that are a bit different. We’re hoping to create a spot of spectacular in a very normal world, even if it’s just for a few minutes.”

The campaign follows the recent launch of new pack designs and limited edition £1.15 price-marked 500ml packs which are creating on-shelf stand out.

Chambers adds: “Grace Say Aloe already has a commanding market share of almost 80% [of the UK Caribbean drinks sector according to IRI] and the new campaign is set to increase this.”