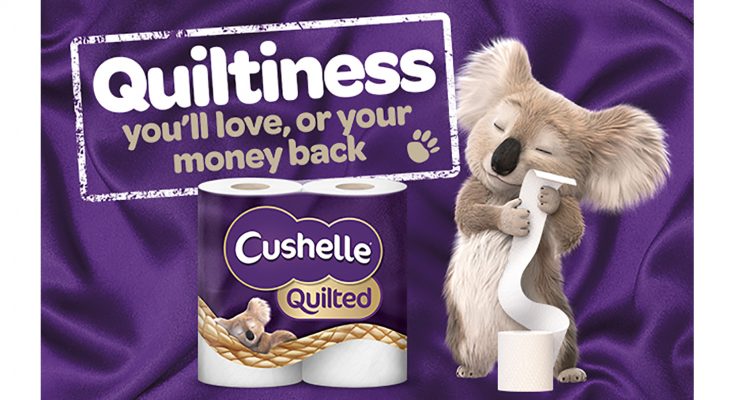 Essity, the Swedish health and hygiene group, is backing its new Cushelle Quilted toilet paper variant, launched in January, with an integrated below-the-line campaign aimed at helping drive awareness and trial of the new variant – which is claimed to be the brand’s “most cushiony-soft toilet tissue ever”.

Cushelle Quilted was introduced into retail stores in the UK and Republic of Ireland in January 2018. The new campaign, which spans the full shopper journey, aims to increase penetration by reinforcing the product superiority and ‘Quiltiness’ by asking shoppers to test just how ‘Quilty’ the paper is for themselves.

The activity, created for Essity by Manchester-based marketing agency Blue Chip, includes a money back guarantee being promoted across selected shopper media to drive trial at the point of purchase. Additionally, a door drop and Automated Teller Machine (ATM) couponing will deliver the same message and a further incentive to purchase out of store.

The door drop, featuring the Cushelle brand character Kenny the Koala, will hit 4 million doormats across the UK in March, a week after a new Cushelle Quilted TV advertisement hits screens.

Lauren Roberts, Account Manager at Blue Chip, says: “This promotional activity carefully considered how we would convert shoppers to the new Quilted product. The money back guarantee is a proven trial driver, removing the risk of purchase and making it the perfect choice for this NPD. Driving penetration was also a key objective. By adding a door drop with two £1.00 money off coupons, we aim to further incentivise shoppers to try this new product for themselves.”

Essity was formerly part of SCA, the giant Swedish paper products group. Its brands include a number that were bought from Procter & Gamble in 2007, when SCA acquired P&G’s European paper operations, including Charmin. While Charmin is still sold by P&G under that brand name in the US, SCA rebranded Charmin as Zewa in Germany and Cushelle in the UK. 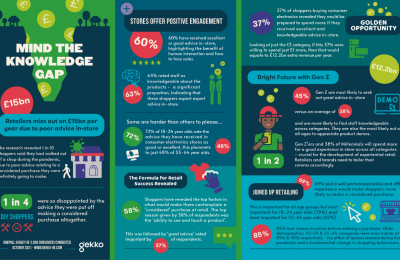