The Institute of Promotional Marketing (IPM) has welcomed plans from the Committee of Advertising Practice (CAP) to tighten up the rules surrounding the advertising and marketing of High Fat Salt Sugar (HFSS) foods, particularly to children, and is encouraging the promotional marketing industry to contribute to CAP’s public consultation on the issue.

The IPM, which is a stakeholder in CAP, points out that there is growing pressure on the marketing industry to make effective changes in the way it promotes to children and families.

The IPM’s Managing Director, Carey Trevill, comments: “The IPM welcomes the suggested amendments to the CAP Code, in particular the additional clarity provided in the proposed revisions around HFSS (High Fat Salt and Sugar) foods and young audiences.”

Trevill adds that “this is a sensitive but important issue, and the suggested changes to the Code represents a recognition that the advertising and marketing industries can be part of the solution when it comes to getting the message out and addressing the country’s concerns around childhood, and adult, obesity.”

CAP is the body which writes the CAP Code, the rules governing advertising and marketing in the UK under the UK’s self-regulatory system. CAP has just opened a public consultation on its proposals, which include:

The proposals to change the CAP Code follow on from research by ISBA (the Incorporated Society of British Advertisers, the body representing client companies into advertising and its effect on obesity, particularly in children. This found that available evidence shows that advertising has a modest effect on children’s food preferences, but other factors like parental influence, opportunities for physical exercise and education play greater roles in the causes of, and solutions to, childhood obesity.

The marketing industry has pledged to take the lead to prove that advertising and marketing are not the ‘villains’ in the issue. CAP argues that even a relatively small positive impact from new advertising restrictions could make a meaningful contribution to tackling this important health issue.

James Best, Chairman of CAP, says: “Too many children in the UK are growing up overweight or even obese, potentially damaging their health in later life and imposing a high cost on society. Advertising is just one small factor in a very complex equation but we believe we can play a positive part in addressing an urgent societal challenge. In proposing new rules, our aim is to strike the right balance between protecting children and enabling businesses to continue advertising their products responsibly.”

The IPM will be holding a webinar in the coming weeks to examine the changes and what these mean in practical terms for brands and agencies. A representative from CAP will be on hand during the webinar to answer your questions. Anyone interested in registering their interest for this webinar should visit the IPM website.

The IPM have further suggested that anyone wanting to understand more about the proposed changes and how they can comment, or to gain a better understanding of what the proposals may mean for their brands, can contact the IPM’s experts on contact@theipm.org.uk, or call 020 7291 7730. 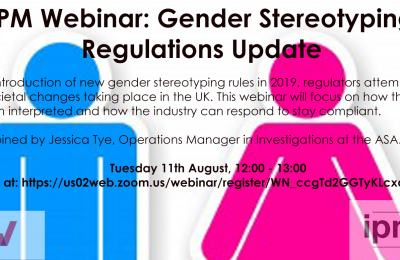 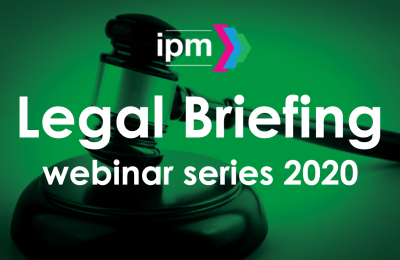 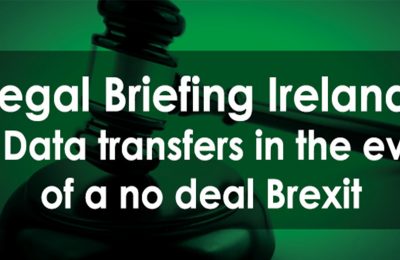 Data transfers in the event of a no deal Brexit