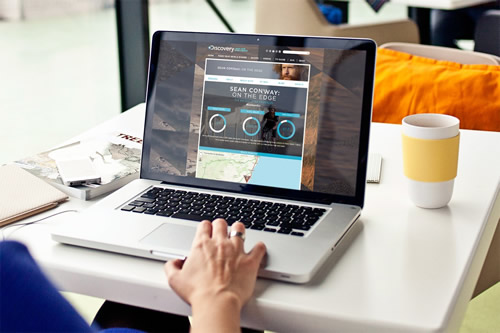 TV channel Discovery UK is supporting its new documentary series, Sean Conway: On The Edge, with an integrated campaign including a digital hub, PR, promotions, live events and media partnerships.

The series, which will air on Discovery Channel this summer, features extreme adventurer Sean Conway’s attempt to cycle, swim and run around the coastline of mainland Britain. In 2013, Zimbabwean-born Conway became the first person ever to swim from Land’s End to John O’Groats. He has also run and cycled between the two points.

All aspects of the marketing campaign are being handled by integrated agency tpf.

Sean will travel more than 4,000 miles on his British Ultra Triathlon journey and fans will be able to follow him every step of the way through Discovery’s online hub, which is built and maintained by tpf. The hub includes GPS tracking, daily performance statistics and interactive features to find out what it really takes to be the first and only person to circumnavigate the country, from the kit he needs, to what he eats to sustain his daily mileage.

tpf is managing the campaign to raise awareness of Sean during his challenge, and the resulting Discovery documentary – Sean Conway: On The Edge. In addition to building and managing the interactive online hub, the agency’s remit also includes regional and national publicity, media partnerships, promotions and live events where fans can meet and greet the intrepid adventurer.

Commenting on the campaign, Nick Goodmaker, Director, tpf, said: “This campaign is unique, like Sean, as we are working with him from the very beginning of his challenge, helping to generate public excitement and engagement as he makes his way around the country, and driving coverage around the broadcast. After working with Discovery and Sean last year on Running Britain, we are proud to develop our relationship on such an exciting project.”

Rebecca Diver Phillips, Senior Director, Marketing & Communications, Discovery, commented: “tpf’s work on the first Sean Conway campaign made it a very easy decision for us to work with them again for On The Edge. We were delighted with the results they delivered last year, they know what we’re aiming to achieve and how both we, and Sean, like to work.”

Sean Conway: On The Edge will air in late summer on the Discovery Channel. Sean’s self-supported endeavour started at Lulworth Cove, Dorset on 1st April and will span up to 14 gruelling weeks, covering 4,000+ miles – the equivalent in distance from London to New Delhi.

tpf is an independent agency specialising in promotions, publicity and digital marketing in entertainment, TV and sport, visit tpf.london for further information.