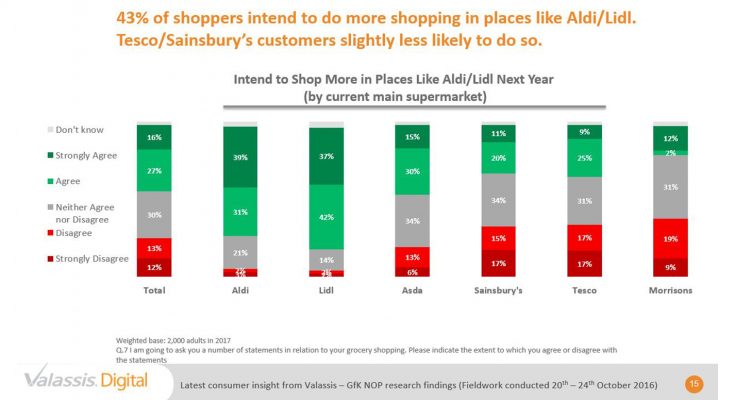 Supermarket loyalty challenged by promotions and discounters this Xmas

Shoppers are as deal hungry as ever this Christmas, with 42% stating they are on the lookout for promotional offers for the festive supermarket shop, according to a survey by coupon experts Valassis Limited.

This percentage has increased in recent years from 38% in 2015 and 2014. Nearly half (46%) of all shoppers agree that they spend more time at Christmas seeking out promotions to ensure they keep within their budget, up from 42% in 2016.

The survey by Valassis Limited, the UK’s largest coupon and voucher services provider, shows that 2-for- 1 offers are the most popular promotion with 48% of consumers stating these would entice them to shop away from their main supermarket over the festive season, an increase from 43% last year.

Additionally, 16-24 year olds are the most motivated, with over half (57%) citing 2-for-1 offers as a reason to shop away. These offers are closely followed by Everyday Low Prices (EDLPs) tempting 43% of shoppers and coupons and vouchers favoured by 42%.

Promotions influence not only the supermarket that shoppers frequent, but also the products they buy. Nearly half of shoppers (48%) agree that relevant product coupons sway their decision on the brand they buy and 44% describe themselves as someone who actively seeks out coupons and vouchers before a supermarket shop.

Coupons and vouchers are not just attracting those who have to budget carefully. In fact, more affluent consumers are even more attracted to them: the survey shows 29% of ABC1s agreeing with the statement “I would describe myself as someone who actively seeks out coupons and vouchers,” compared to just 26% of C2DEs.

The Valassis survey results also underline a year-on-year decrease in supermarket loyalty. Consumer loyalty to one supermarket seems long gone, with only 16% of consumers stating they will not shop away from their main supermarket this festive season, down from 21% last year. This lack of loyalty is not just for Christmas, with only 11% of shoppers claiming to visit just one store each month.

The “deep discounters” are, interestingly, the pick of the bunch for shoppers this Christmas with 28% planning to do their main festive shop at Aldi, up from 25% last year, and 27% at Lidl. These shopping intentions are higher than for more mainstream grocery supermarkets.

Looking at the uptake of new technologies within grocery, online grocery shopping/home delivery has increased year-on-year with 25% of consumers stating they use this option either “often” or “always,” compared to 21% in 2016. Self-checkouts continue to increase in popularity, as a result of the rise of top-up shopping trips, with 40% of shoppers saying they often or always use them, up from 26% in 2016. Perhaps not surprisingly and tying in with their confidence in technology, younger age groups (over half of 16-24 and 25-34 year olds) are more likely to use self-checkouts. Beyond grocery, younger shoppers are also more likely to regularly use their phone for digital offers in High Street shops and restaurants – 24% of 16-24 and 30% of 25-34 year olds.

Charles D’Oyly, Valassis’ Managing Director, comments: “With the array of supermarkets being within easy reach of most shoppers, it has never been easier to cherry-pick the best deals. Perhaps the financial crisis of 2007 created a permanently more promotionally savvy shopper. Our research suggests, more than ever before, that deep discounters, 2-for-1s, vouchers and coupons have the strongest influence over the festive food shopping contest this year.”

The survey findings are based on an online survey of 2,002 nationally representative adults, conducted by GfK NOP from 20 to 24 October 2017 on behalf of Valassis Limited. 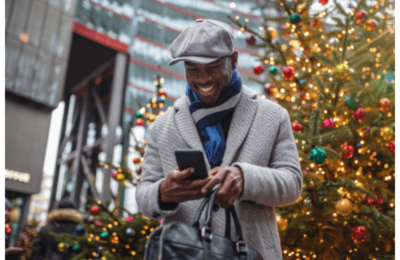 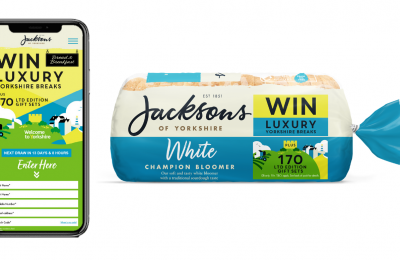 Welcome to Yorkshire with Jacksons