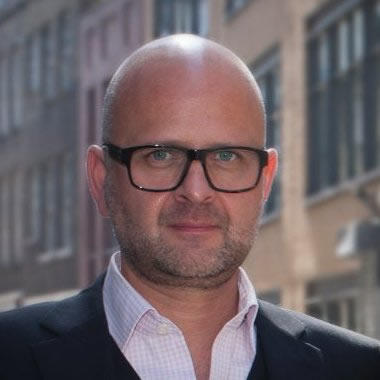 Freeland was previously Joint CEO of TMW, where he spent 21 years. At RAPP, he will be part of the wider senior team reporting directly into Sophie Daranyi, RAPP Regional President who also oversees promotional marketing agency Haygarth and digital agency Code, both part of the RAPP network in the UK. Charged with galvanizing the agency’s growth plans, Freeland will also be overseeing and running the UK operations across data, media and creative.

Whilst at TMW, progressing from Managing Director to Chief Operating Officer through to Joint CEO, Freeland was instrumental in transforming it from a traditional CRM agency of 25 people, to being part of an award winning, full service agency, employing nearly 300 people within the Creston Network.

Sophie Daranyi says: “Chris has a stellar reputation in agency management and will bring an experienced and fresh perspective to a new stage of RAPP’s growth. His arrival in January coincides with our move to Bankside and the joining of our new UK Group Executive Creative Director Ben Golik, and will be a hugely positive start to 2016, marking how we intend to go on.”

Chris Freeland observes: “RAPP has such a strong heritage, it’s an honour to be taking the company on the next chapter of its journey. The business is at an exciting stage of significant change and under Sophie’s stewardship, and Alexei Orlov’s global vision, I feel there is no better agency to be part of right now.”

RAPP is part of Diversified Agency Services, a division of Omnicom Group.