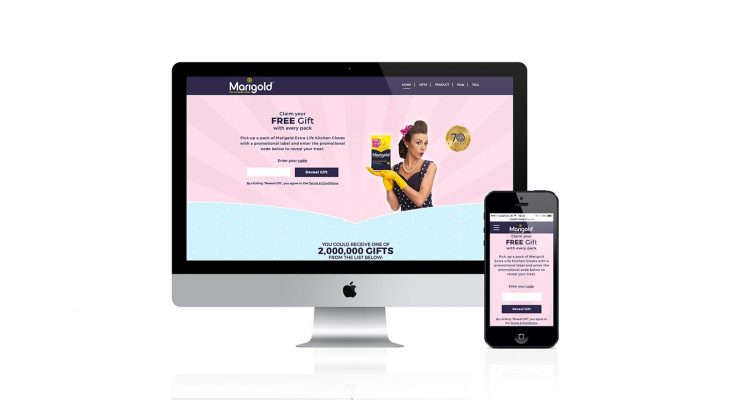 Every purchase of a pack of Marigold Extra Life Kitchen gloves entitles the shopper to claim a gift; to find out what they have won, they need to visit the promotional site, freegift.marigold.co.uk, and enter a unique code from the pink promotional sticker on-pack. Gifts on offer include five spa days for two, worth £400, 1,000 manicures, 43,000 Nails Inc nail polishes and just under two million three month memberships to the Fabyouless Card scheme  offering 25% or 2-for-1 discounts at salons, spas and gyms nationwide.

The promotional period opened on March 1st 2017 and claims can be made until June 30th, although Marigold is advising consumers promotional packs will be most widely available from March until May.

Marigold has also commissioned a social historian, Seren Evans-Charrington, to look at how cleaning has evolved since 1947 as part of the campaign.

Marigold product manager, Laura Burrows, says: “We’re very proud of our heritage from our launch in Gloucester in 1947 with our first gloves, to where we are today with a wide-range of products used by generations, making Marigold a household name across the country. We wanted to celebrate this anniversary by looking back at how things have changed in cleaning over those 70 years. We’re rolling out the main elements of the research to media across the year and we’ve launched our first ever national on-pack promotion to celebrate the anniversary.”