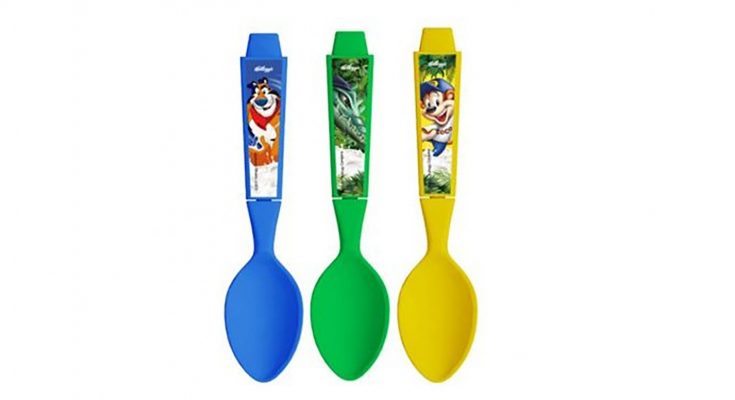 The extendible spoons, which double-up as straws, follow on from Kellogg’s Colour-changing Magic Spoons promotion launched in the UK earlier this year, where special spoons were given away that changed colour in hot or cold milk.

The ‘Stretch ‘n’ Sip’ promotion will be running from January until spring 2017. The spoons are available in three different designs, featuring Coco the Monkey, Tony the Tiger and Croc.

Kellogg’s Sales Director for the Speciality Channel, Nick Dawson, says: “Kellogg’s has a long-standing tradition of bringing fun to the breakfast table. Over the years, families have loved collecting our giveaways and there is a real nostalgia for our gifts. Therefore, we have decided to launch the ‘Stretch ‘n’ Sip’ spoon as part of an on-pack fun box promotion as a driver for sales in the first quarter of the year.”

Dawson adds: “Our customers are loyal to our brands and love our gifts, in the last year alone we have shipped more than eight million ‘Magic Spoons’. We understand the power of the gift and believe it will be a real sales driver to kick off 2017.”