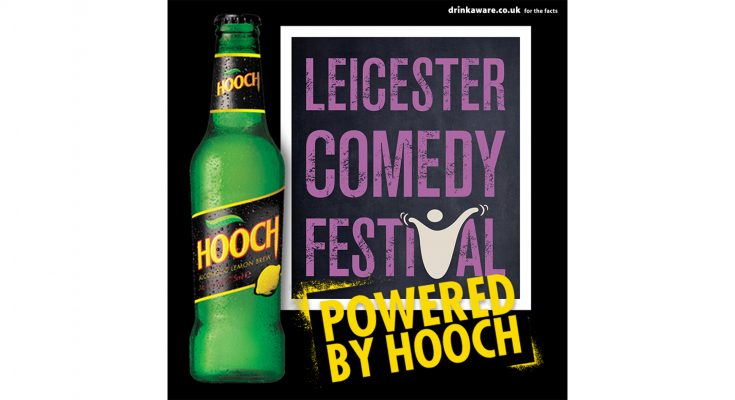 Drinks brand Hooch is exclusively sponsoring Leicester Comedy Festival, which celebrates its 25th anniversary this year and which expects to attract 120,000 people to more than 800 shows taking place in over 60 venues around the Midlands town.

The festival features the UK Pun Championships and the Leicester Mercury Comedian of the Year competition, with established and up-and-coming talent including of Harry Hill, Katherine Ryan and Flo & Joan.

Hooch is collaborating with Big Difference Company and Crosscut Media to create reels of video content throughout the event. The footage will include segments pitting comedians head to head in battle challenges, on-the-spot scenarios and other fun tasks to create original, responsive comedy snippets which will be aired through Leicester Comedy Fest TV (LCFTV), powered by Hooch.

Hooch will be using its social media presence to amplify LCFTV and spread the word of this much-loved and unique festival to the rest of the UK. Additionally, The drinks brand will be running a series of competitions on social media for consumers to share some of their own favourite jokes in an attempt to win tickets to sell-out shows and exclusive Hooch merchandise.

Christian Sarginson, Brand Controller at Hooch’s owner, Global Brands Ltd, says: “Leicester Comedy Festival is the perfect partnership for Hooch; both the brand and the festival are all about getting out and enjoying life in a care-free and fun manner. Hooch has a long-standing relationship with comedy; we’ve created many original sketches over the last five years but this is our first foray into traditional property sponsorship. We couldn’t be happier to be working with Big Difference Company and Cross Cut Media to create more innovative content with top comedians and bring laughter to our fans around the UK.”

The festival begins on February 7th with both Hooch and new flavour Hoola Hooch 275ml bottles available behind the bar to purchase at selected venues. A selection of ‘punny’ cocktails have also been created to offer consumers more of a range to enjoy at the shows.