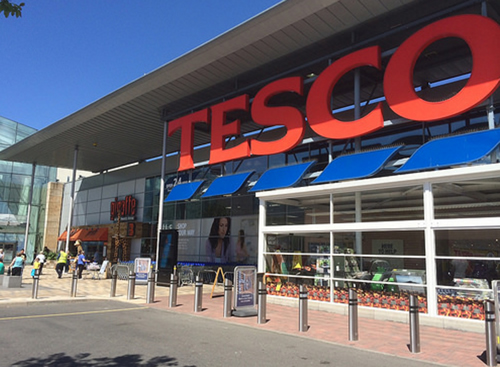 During a thorough investigation covering the period from June 25 2013 to February 5 2015, the Adjudicator found that the retailer had acted unreasonably when delaying payments to suppliers, often for lengthy periods of time.

The Adjudicator was concerned about three key issues:

In a number of cases looked at by the Adjudicator, Tesco had delayed repaying money owed to suppliers for promotion that never took place. She said in her report: “I find that any failure to promptly repay money a supplier has paid for a promotion which did not run to be an unreasonable delay in payment.”

She considered Tesco’s breach of the Code to be serious due to the varying and widespread nature of the delays in payment. The Adjudicator has used her powers to order the retailer to make significant changes in the way it deals with payments to suppliers.

Tesco has accepted the findings of the report. Dave Lewis, Group Chief Executive Officer, Tesco said in a statement: “In 2014 we undertook our own review into certain historic practices, which were both unsustainable and harmful to our suppliers. We shared these practices with the Adjudicator, and publicly apologised. Today, I would like to apologise again. We are sorry.”

Lewis added: “I am grateful to the Adjudicator for the professional manner in which the investigation has been conducted. We accept the report’s findings, which are consistent with our own investigation. Over the last year we have worked hard to make Tesco a very different company from the one described in the GCA report. The absolute focus on operating margin had damaging consequences for the business and our relationship with suppliers. This has now been fundamentally changed.”

Tacon’s five recommendations include stopping Tesco from making unilateral deductions from money owed for goods supplied. Suppliers will be given 30 days to challenge any proposed deduction and if challenged Tesco will not be entitled to make the deduction.

The Adjudicator also insists that the company corrects pricing errors within seven days of notification by a supplier.

Tesco has also been told to improve its invoices by providing more transparency and clarity for suppliers and to put its finance teams and buyers through training on the findings from the Adjudicator’s investigation.

Ms Tacon said: “The length of the delays, their widespread nature and the range of Tesco’s unreasonable practices and behaviours towards suppliers concerned me. I was also troubled to see Tesco at times prioritising its own finances over treating suppliers fairly. My recommendations will deal with the weaknesses in Tesco’s practices during the period under investigation.”

Tacon acknowledged that “many suppliers have reported improvements in their relationship with Tesco to me since the period under investigation. Tesco has also kept me informed of changes it is making to deal with the issues. This is a demonstration of the impact my role is making. I believe that my recommendations will lead to significant improvements at Tesco and in the sector. ”

Tacon launched the GCA’s first ever investigation into possible breaches of GSCoP in February 2015 following Tesco’s announcement of its profit over-statement and the receipt of information from the retailer and the sector.

Ms Tacon said: “The sums were often significant and the length of time taken to repay them was too long. For example one supplier was owed a multi-million pound sum as a result of price changes being incorrectly applied to Tesco systems over a long period. This was eventually paid back by Tesco more than two years after the incorrect charging had begun.”

The GCA has set a four-week deadline for Tesco to say how it plans to implement her recommendations. She will then require regular reports from the company on progress, including information on the number and value of invoices in dispute as well as the length of time they remain unresolved.

The Adjudicator also investigated whether Tesco had required suppliers to make payments to secure better shelf positioning or an increased allocation of shelf space, in breach of the Code. She found no evidence of this.

However, she was concerned to find practices that could amount to indirect payments for better positioning. These practices included large suppliers negotiating better positioning and increased shelf space in response to requests for investment from Tesco, as well as paying for category captaincy and to participate in Tesco range reviews.

She said: “I am concerned that as a result of these practices the purpose of the Code may be circumvented to the detriment of smaller suppliers who cannot compete with payments for better positioning, category captaincy or to participate in range reviews. I have decided to launch a formal consultation with the sector, involving both retailers and suppliers, to help me reach a firm conclusion on whether these practices are acceptable.”

Ms Tacon has also written to the Competition and Markets Authority (CMA) asking them to consider the issue of category captaincy as well as referring evidence that Tesco may have breached CMA rules by operating without all its terms of supply agreement being in writing – a factor that may have contributed to payment disputes and delays.

The Groceries Supply Code of Conduct was created as a result of The Groceries (Supply Chain Practices) Market Investigation Order 2009 which established the office of the Groceries Code Adjudicator.

Other grocery retailers may be added to the list if their turnover exceeds £1 billion.