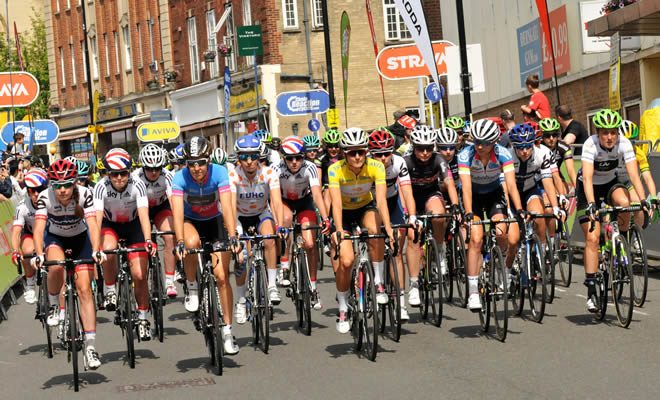 Eisberg, the UK’s leading alcohol-free wine brand, has agreed a three-year sponsorship deal to become the Official Wine Partner for the Tour of Britain, the UK’s biggest professional cycle race. The brand will also be the presenting sponsor for the iconic Yellow Jersey at the 2016 event, which gets underway in Glasgow on Sunday 4th September 2016.

Andrew Turner, Director of Wine at Halewood Wines & Spirits, which owns the brand, says: “Our market research revealed that there is a growing market of male consumers with an interest in alcohol-free alternatives and the Tour of Britain provides a great opportunity to engage this audience. Whether you’re cutting down to spend more time on the bike, or simply taking two to three nights off alcohol each week, Eisberg provides a great alternative for those who still want to be part of the occasion.”

Turner continues: “Cycling events at all levels are happening across the UK, bringing with them a renewed interest in the sport and with an exciting calendar of events on the horizon, there’s never been a better time to be involved with the Tour of Britain.”

As part of the partnership, VIP Hospitality guests at all eight stages of the Tour of Britain will be able to enjoy Eisberg’s range of alcohol-free wines which include a Chardonnay, Sauvignon Blanc, Rose and Cabernet Sauvignon. Fans attending stage finishes will also be able to raise a toast along with the stage winners as they celebrate on podiums across the nation with Eisberg’s new Sparkling Wine, set for launch in September.

The Yellow Jersey presented by Eisberg Alcohol-Free Wine will be awarded daily to the leading overall rider, and presented for the first time following the Stage One Finish in Castle Douglas, Dumfries & Galloway on Sunday 4 September.

Commenting on the partnership, Alastair Grant, Commercial Director for the Tour of Britain, said; “We are delighted to welcome Eisberg Alcohol-Free Wine as Partners for the Tour of Britain. We are preparing to welcome the world’s top riders to Britain for this year’s race and there will once again be an exciting battle for the Yellow Jersey presented by Eisberg this September.”

The Yellow Jersey presented by Eisberg will be produced by Dare2b, the Official Apparel Partner of the Tour of Britain.

Twentyteams will contest the 2016 Tour of Britain, including 10 of the sport’s top tier UCI WorldTour teams who rode in the Tour de France this Summer, plus the likes of Team WIGGINS and a Great Britain national team.

Three-hours of live coverage will be broadcast from each stage of the Tour of Britain, with both ITV4 and the BIKE Channel UK showing the race live, while ITV4 will also air a one-hour highlights programme each day.

The Tour of Britain is British Cycling’s premier road cycling event giving cycling fans the opportunity to see the world’s best teams and riders competing on their door step.

Re-launched in 2004 after a five year absence from the calendar, the Tour of Britain is British Cycling’s premier road cycling event giving cycling fans the opportunity to see the world’s best teams and riders competing on their doorstep. The Tour of Britain is the UK’s highest ranked professional stage race and the country’s largest free-to-watch sporting event, organised annually by SweetSpot Group.

The 2016 Tour of Britain takes place from Sunday 4 to Sunday 11 September.