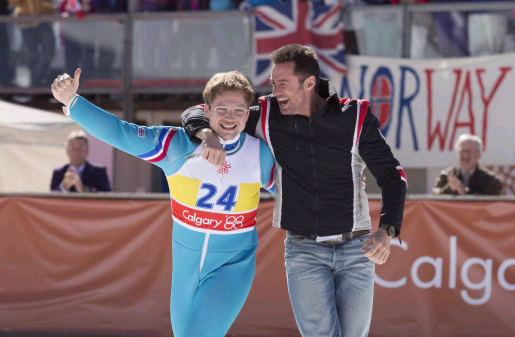 Filtered milk brand Arla Cravendale has partnered with Lionsgate to support the UK release of the film ‘Eddie the Eagle’ from April 1st 2016, and is running a major Facebook prize promotion throughout March.

A series of competitions on its Facebook page (www.facebook.com/Cravendale) will reward loyal Cravendale fans and help to draw wider milk drinkers into the brand.

Rewards on offer include: 2,000 tickets for advance screenings in 20 locations across the UK; five pairs of tickets for the March 17th UK premiere; a private screening for one winner and 20 of their friends; 20 Eddie-themed goody bags, which include a milk drinker’s glass, a soundtrack CD and a t-shirt; a family ski holiday for four people in the Bavarian Alps.

The film tells the story of underdog Michael Edwards, known by his nickname of Eddie the Eagle, the first British skier ever to represent Great Britain in Olympic ski jumping. He took part in the Calgary Olympics of 1988 – and finished last in both the 70 metre and 90 metre events.

Edwards became a global celebrity during the games, held up by many as a heroic failure who exemplified the Olympic spirit because he kept on trying despite having no official funding or support. In fact, he was at the time the UK’s best ski jumper and set a British record in Calgary.

Milk plays a large role in the film as the “drink of champions” – Eddie is a devoted milk drinker and is seen consuming it throughout the film to keep strong ahead of the 1988 Calgary Olympics and drinks it to celebrate his achievement post-Games.

Cravendale’s owner, Arla UK, has created a special version of its ‘Milk Drinker’s Milk’ Cravendale TV commercial, featuring both ‘Eddie the Eagle’ and ‘The Milk Drinker’, drinking milk side by side, in a step to encourage consumers to think of only Arla Cravendale when shopping for milk. The ad will run for four weeks on UK TV from March 21st.

Claire Mackintosh, Brand Manager for Cravendale at Arla UK, said: “We are very excited to have partnered with the ‘Eddie the Eagle’ movie. Eddie is a much-loved sporting hero, and his character is proof that milk is the drink of champions. His quirky character personifies everything that the Cravendale brand stands for, and through our social media activity we aim to encourage milk drinkers to choose Cravendale as their milk of choice.”