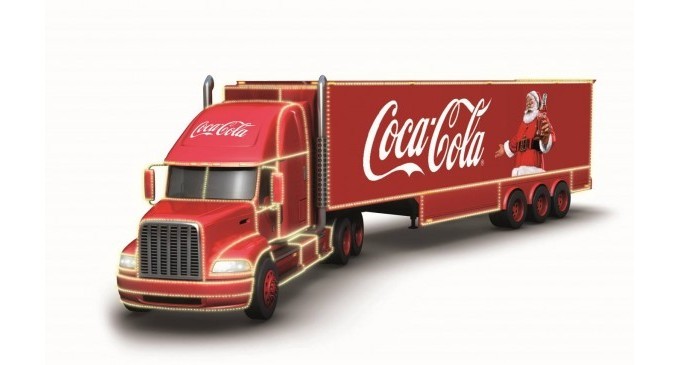 Coca-Cola Enterprises (CCE) is offering consumers the chance to win a two-hour visit from the Coca-Cola truck to their home town, plus a £5,000 Christmas hamper to mark the 20th anniversary of its iconic “Holidays are Coming” marketing campaign.

The prize promotion is a new feature of the campaign, which kicked off last week. The traditional Christmas truck tour roadshow will stop at more than 40 locations across Great Britain over a six-week period.

The campaign features across the Coca-Cola portfolio on a range of pack formats including 500ml and 1.75-litres, providing consumers with a unique on-pack code that can be entered online to be in with a chance of winning the prize. The competition will be supported with truck-inspired in-store POS, according to Caroline Cater, director of operational marketing, while TV advertising will run from late November.

Cater observes: “When people think of Christmas, they often think of Coca-Cola. It’s once-in-a-lifetime prizes like a visit from the Coca-Cola truck that really builds excitement around the holidays, and positions us as a brand synonymous with the festive season.”

She adds: “Soft drinks in general are hugely important at this time of the year and are in fact the most frequently bought category in the eight weeks running up to Christmas. It is important for us to provide campaigns that allow retailers to maximise their Christmas sales. This year is no different.”

Coca-Cola is offering a two-hour visit from the Coca-Cola truck to consumers’ home towns plus a £5,000 Christmas hamper as a prize in its 2015 “Holidays are Coming” marketing campaign.