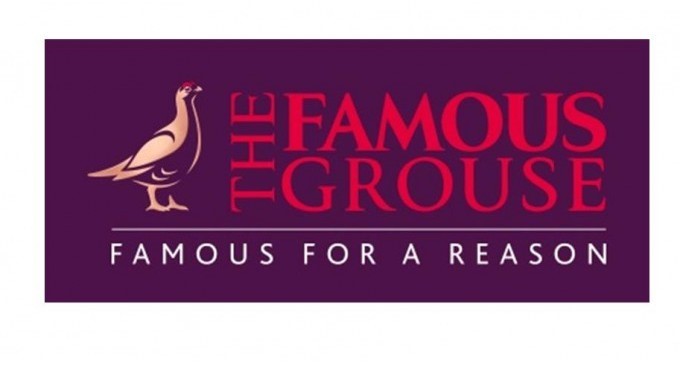 Drinks company Maxxium UK is launching a new campaign for The Famous Grouse, the UK’s number one selling blended whisky, which include a brand new TV ad, a media partnership with the Guardian and a personalised label offer.

The Famous For A Reason campaign celebrates fame that has been earned and not sought and according to Maxxium is firmly grounded in the brand’s heritage and the principles of its founder, Matthew Gloag, who believed in only using the very best ingredients for his whisky.

The TV ad, created by AMV BBDO, airs until 27th December, reaching an audience of 32 million. Designed to launch the campaign and strengthen the brand’s premium position, the ad tells the story of Matthew Gloag’s competitors and their reaction to his high-quality ‘Grouse brand’ whisky created in the 1800s, which soon became famous for its quality and was renamed The Famous Grouse.

The brand will also partner with The Guardian to inspire readers with stories of pioneers from the world of music, technology and sport. This partnership will feature Ralf Baer, famous for building the first home video game console; Dave Godwin, famous for spreading the love of Northern soul music; Emile Berliner, famous for being the first person to record music to a disc; and Charlie Miller, famous for bringing the game of football to Brazil.

The campaign will activate across the Guardian’s digital platforms, with a reach of 12 million. The partnership was brokered and executed by Newcast, part of ZenithOptimedia. It will be further supplemented by a digital campaign delivering over 7.3M impressions across Audience on Demand, You Tube, 4 On Demand and Facebook.

In addition, Maxxium is partnering with Selfridges to run an exclusive in-store personalisation campaign in its London, Manchester and Birmingham stores from November for eight weeks. Selfridges customers purchasing a bottle of The Famous Grouse will have the option to request their very own personalised front and back labels which will be printed live in store.

Consumers will also be able to visit thefamousgrouse.com to order their own personalised bottle direct from the website.

John Penman, marketing controller, The Famous Grouse, says: “The Famous for a Reason campaign aims to build on the iconic advertising of the past, driving real meaning and sharing the authenticity of The Famous Grouse brand. It provides us with a strong platform for future growth. We’ve also placed more of an emphasis on digital content in this new campaign, ensuring we remain relevant to today’s whisky consumers. Each piece of content that we have developed and activity we have planned is designed to communicate the campaign message, reminding us that true fame is earned.”