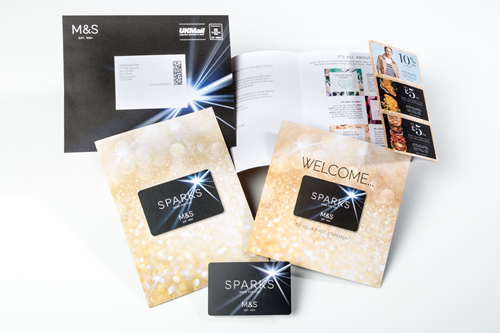 ‘National Treasure’ Marks and Spencer introduced its first store card, ‘Sparks’, in 2016, offering a personalised loyalty scheme and benefits to both food and clothing customers. Aimed at generating maximum take up of the loyalty card, a major pre-launch campaign was developed including high profile media coverage and an extensive direct mail campaign.

M&S approached The Lettershop Group (TLG) to help with the challenge of how to best capture the interest of 2.7 million customers with an informative and interesting direct mail campaign, which would encourage recipients to register online for the Sparks card.

No matter how complex the idea, TLG always works on the principal that ideas can be made a reality by creative thinking and clever engineering. Print and Scheffer finishing lines were designed and then made by the in-house engineering team to produce a premium product to meet the clients’ needs.

A premium-feel pack was created using an offset 6-page double thickness carrier which was inserted into a paper wrap.  The loyalty cards were attached mechanically inline, ensuring such a large mailing was cost-effective whilst being turned around quickly and to the highest standard, as expected of this leading brand. Within weeks of launch the campaign had over 3.6 million registered Sparks customers.

An M&S spokesperson says: “We approached the Lettershop team with an idea which they made into a very effective reality, engaging with our customers and promoting the benefits of Sparks.”

The Lettershop Group is a sponsor of the IPM Awards 2016. 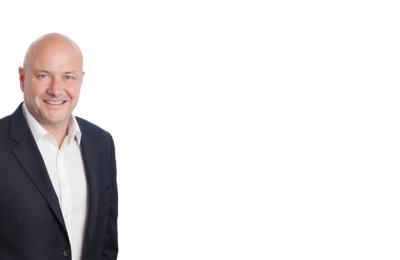