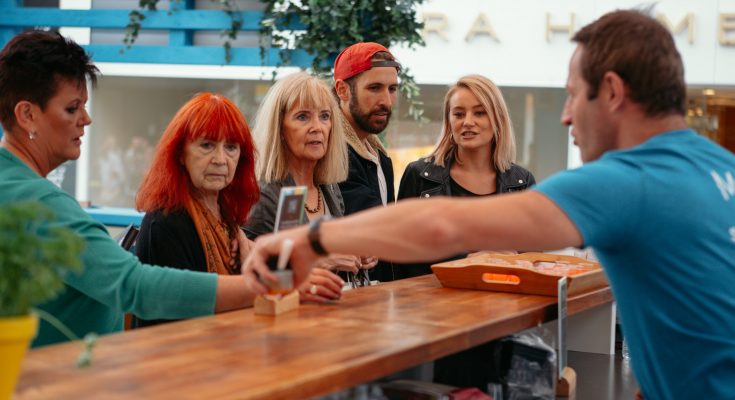 Marks & Spencer runs ‘Spirit of Summer’ pop up in Leeds

Marks & Spencer has launched a pop-up tasting experience as part of its ‘Spirit of Summer’ campaign, focusing on its new food range which has been inspired by the Mediterranean.

The pop-up, which will include a pairings bar tasting experience and live music, initially ran from August 9th-13th in Leeds Briggate. M&S traces its origins back to a market stall opened by Polish immigrant Michael Marks in Leeds in 1884.

The ‘Spirit of Summer’ pop-up experience aims to bring the essence of the Med to the UK, where the campaign aims to sample the new food range to 50,000 people while really immersing them in an authentic Mediterranean experience.

The pop-up was created and is being managed for M&S by independent creative agency, RPM, which has been working with M&S for over 24 years – the retailer was RPM’s founding client.

Sian Lewis, M&S Food Brand Event Manager, says: “It’s great to be working on another project with RPM and bringing our Sprit of the Summer range to our customers in Leeds, where M&S first began 133 years ago.’

Dom Robertson, Managing Director, RPM adds: “We’re honoured to be working with M&S on another campaign.  As our founding client is been great to grow with each other and to partner on a wide range of successful projects over the years.”

RPM was founded in 1993. Current clients include Diageo, M&S, Mondelez, Heineken and Sky.