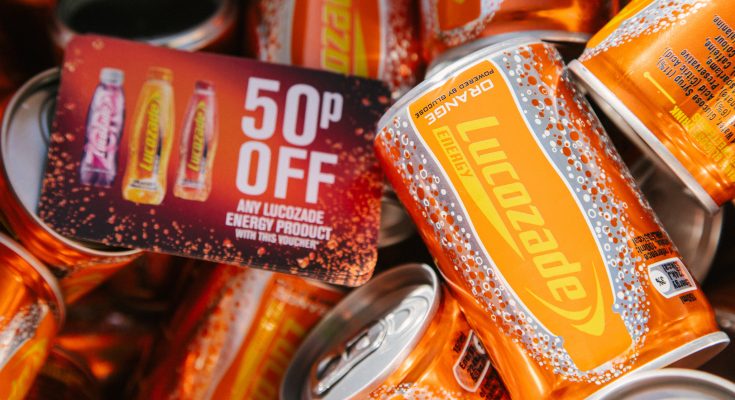 Lucozade Energy is delivering its biggest ever sampling activity across the UK this year as part of its wide-reaching Energy Beats Everything campaign. The brand’s extensive sampling will see seven million ice-cold orange 150ml cans being circulated during this campaign will drive sales of Lucozade Energy by getting the drink into the hands of consumers.

The brand is also handing out vouchers as part of the sampling campaign, giving consumers 50p coupons to be redeemed against any Lucozade Energy or Lucozade Zero SKU.

Sampling for the UK’s number one energy drink will be activated nationwide, in high footfall cities and the surrounding areas throughout England, Scotland and Wales. The brand is spending a total of £28m on the Energy Beats Everything campaign, which will also include nationwide TV, outdoor and digital activity, alongside in-store marketing.

Bridget Hirst, Brand Manager at Lucozade Ribena Suntory, says: “In the past, our extensive sampling campaigns have proven to drive a 9% sales uplift on Lucozade Energy.”