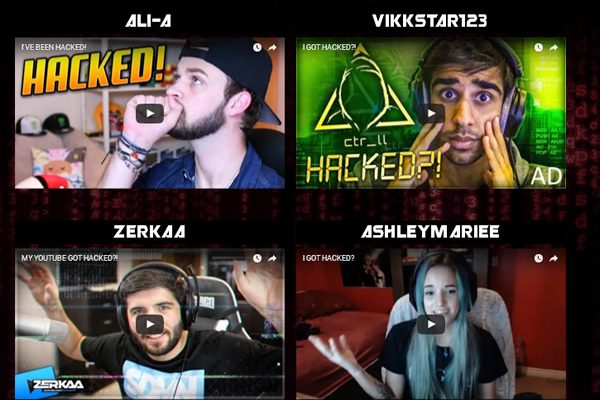 Matthessons Fridge Raiders has launched a £1m campaign, ‘The Snacker Hacker’, which involves six of the world’s biggest YouTube gamers, with a combined follower reach of over 20 million.

Running for eight weeks, ‘The Snacker Hacker’ is billed as Fridge Raiders’ biggest gaming campaign to date. In the week prior to the campaign’s launch, six of the world’s biggest YouTube gamers ‘revealed’ that their gamer tags had been stolen by a hacker.

The six gamers – Ali A, Vikkstar123, ZerkaA, Master OV, Slogoman and Ashley Marie – have called on their fans to hunt the hacker and help them get their tags back. Starting with a cryptic video on the gamers’ YouTube channels, the challenge for fans is to follow various clues and crack a series of codes in order to hunt the hacker and help the gamers get their gaming tags back.

After a week of unbranded activity, a series of online VOD adverts and supporting promotional packs containing additional clues and codes revealed that Fridge Raiders was behind the campaign. As well as the on-pack clues, an ‘Every Pack Wins’ mechanic gives shoppers the chance to win prizes such as Alienware laptops, PS4s, Raspberry Pi micro computers and rewards such as unique downloads.

The promotion is open to UK residents and launched on 29th September 2016. The main promotion closes on 6th December 2016, with a final wrap up draw for entries received by 6th January 2017.

To enter, consumers need to buy a promotional pack of the product (except in Northern Ireland where there is a No Purchase Necessary entry route to conform to local law). They then have to visit www.mattessons.co.uk/win and enter the promotional code from the rear of the pack together with their contact details. A maximum of six entries per day are permitted.

All entries with a valid code go into a random draw for one of the prizes or unique downloads (‘Rewards’) on offer. Prizes on offer are: 850 x PlayStation 4 game consoles; 20 Alienware 17 laptops; 650 Raspberry PI 3 Model B; unique downloadable content for all other entrants. There is another Sony PlayStation 4 console available to win in the wrap up draw.

Hayley Murgett, senior brand manager of Mattessons, said: “The Snacker Hacker is the most innovative, ground-breaking digital campaign we have launched to date for Fridge Raiders and it is set to drive real interest and excitement into the meat snacking category.“

Murgett adds: “Tech-savvy teens are the most likely to want to engage with the activity to unmask the Hacker, but there is an underlying educational element to the campaign, which will have a huge appeal to parents; all will be revealed as the activity reaches its conclusion.”

Fridge Raiders has been running gaming related advertising for some years, working with various YouTube gaming celebrities and also co-creating the world’s first “snacking and gaming robot” – F.R.H.A.N.K. – and collaborating on the “ultimate gaming peripheral,” the MMM3000. Now, copy on the Fridge Raiders website reads: “It’s been an epic team effort. But now it seems someone wants to mess with these guys, and us. So we need your help again. Lets put a stop to this hacker once and for all. Join #HuntTheHacker.”