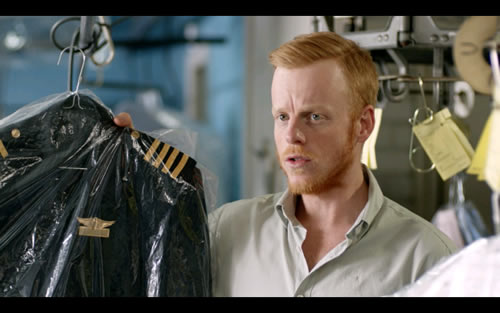 Heineken has released a humorous new TV advert for Foster’s, ahead of an on-pack promotion hitting shelves from next week.

Titled ‘Drycleaner’, the new advert tells the tongue-in-cheek story of a young Australian who works in a drycleaners while trying to decide what to do with his life. He tries on various uniforms that customers have dropped off for cleaning, to see which career suits him best. At the end of the advert, whilst chatting to a group of fireman and dressed as one of them, he is offered a free round of Foster’s for him and his mates.

The final frame reads ‘For The Thirsty’, inviting consumers to join the millions of Foster’s drinkers who are thirsty for life, adventure and great stories.

The new TV campaign, which started airing in the UK this week, will raise awareness amongst the target audience ahead of the busy summer trading period. The campaign will also include digital activity comprising social media and VOD.

The new advert follows the brand’s recent announcement about its sponsorship of the England and Wales Cricket Board, which will also drive demand for the brand.

Using the TV advert as inspiration, from April 25th, all Foster’s mid packs in the Off-Trade will also feature an on-pack competition, offering shoppers the chance to win ‘Epic Experiences’.

The top-level prizes are based on the characters from the new TV ad, and each pack contains a winner from one of the three prize-tiers.

Shoppers are directed to the Foster’s website, www.fosters.co.uk/epicexperiences, to enter pack details and find out if they have won.

Ifeoma Dozie, Brand Director, Heineken, says: “Fans of Foster’s are thirsty for stories to tell their friends so we want to offer them the chance to win great experiences they can share with their mates. From its very beginning in 1888, Foster’s has been the can-do brew and this campaign and on-pack promotion will inspire consumers to pick up a mid-pack so they have the chance to win.” 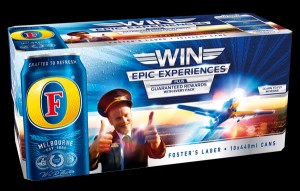