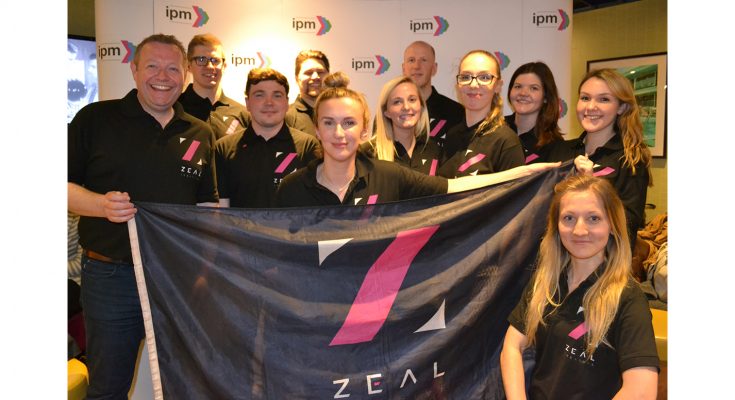 Teams from the promotional marketing industry competed in the IPM Bowling Tournament in Manchester at the end of March 2017, with Zeal Creative taking away the King Pin trophy.

The tournament was held at the All Star Lanes, Deansgate, Manchester on March 28th 2017, and attracted entries from Inspire, Refinery, Zeal (two teams), The IF Agency and Granby Marketing Services.

All teams played one game each with the two highest scorers then competing in the final, which saw Zeal defeat Inspire to claim the King Pin trophy. The picture shows both Zeal teams with the trophy.

The IPM runs a number of networking and social events for its members in London and major hub cities, including the IPM 5-a-Side Football and IPM Netball Tournaments, which are both scheduled to take place on April 20th 2017 at the Play On Sports indoor arena, close to the Whitechapel Tube Station in London’s East End.

For details of costs and how to enter teams, as well as the dates of other social, networking and professional events, see the Events section of the IPM website, call 020 3848 0444 or email contact@theipm.org.uk.