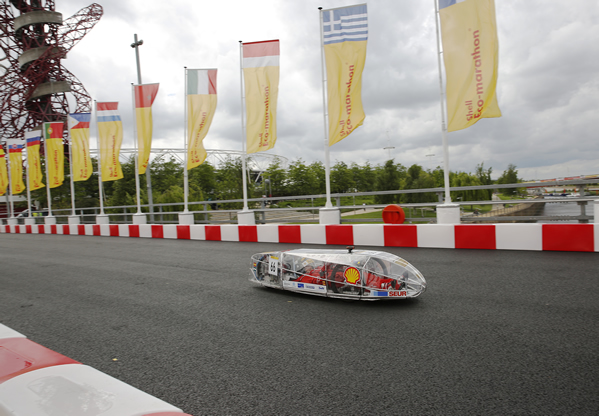 Shell’s Make the Future Festival, taking place from June 30th to July 3rd on a site the size of four football pitches in London’s Olympic Park, is set to be the largest branded festival of 2016 according to global creative agency, Imagination, which created it for the Anglo-Dutch energy giant.

The event is expected to attract 40,000 visitors, including 9,000 school children from around the UK.

The Make the Future Festival is an opportunity for the public to experience energy innovations from start-ups as well as from Shell and some of the world’s smartest students. There will be over 15 thousand square meters of activities to play, learn and share, including a 2.2 km race track plus entertainment and celebrity appearances from Rachel Riley and football legend Pelé, amongst others.

The Festival will feature interactive experiences that blur the boundaries between the digital and physical worlds, including a mobile ‘maker pass’ that allows visitors to vote up their favourite ideas, live leader boards, roll about in giant plastic balls that challenge visitors to generate as much energy as they can (then posts videos of their efforts to YouTube), interactive games, virtual reality experiences, an Instagram takeover that transforms the @shell account into a live interactive map and numerous live social media streams.

The festival is set out in six interactive and connected zones including:

The central attraction will be Shell’s Eco-marathon – a competition that challenges teams of students from top universities around the world to design and build cars that can go as far as possible on a litre of fuel. A race track has been built to stage daily competitions of the world’s most energy efficient cars.

Imagination’s Group CEO and Global Creative Director, Douglas Broadley, says the festival will offer visitors never-before-seen experiences. “Shell has successfully been running the global student innovation competition Eco-Marathon for many years to highlight the efforts made around the world to improve energy efficiency. This festival raises its ambitions even higher to inspire, excite and inform everyone who attends – from school children learning about the environment to engineers working on cutting edge energy innovation.”

Visitor tickets can be requested at Shell Make the Future